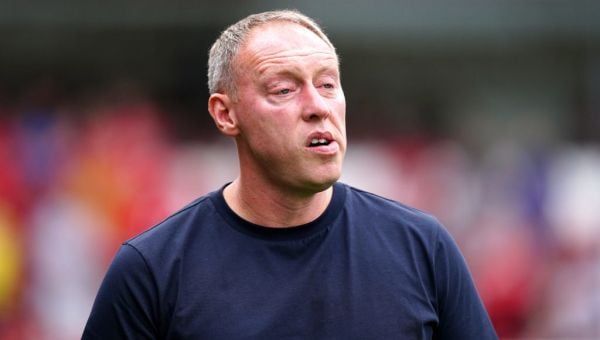 Three days after welcoming Spurs to the City Ground, Cooper takes his side to the Etihad Stadium to face the defending champions in a tough baptism of fire on their return to the top flight.

City have looked susceptible this season, conceding two-goal deficits to Newcastle and Crystal Palace, but the scoring power of Erling Haaland has rescued them.

Cooper is in no doubt what a tough experience it will be.

“I think it will be a different game to the Spurs game,” he said.

“We are really looking forward to going to Man City, it is one of the biggest challenges in world club football, there is no doubt about that.

“But that is why we want to be in the Premier League, this is what we want to be part of. We have to go there hopefully with the right plan and supporting the players to go and do the best we can on the night.

“If we do that and we can give a good account ourselves – we are aiming to be the best version of ourselves – and if we can do that we will see where it takes us.

“That is why we have got to really believe in ourselves. You have to go into these games thinking you can succeed and that is what we will be doing.

“Harry Kane on Sunday and Haaland tomorrow, two world-class strikers and goalscorers. This is why you want to be in this league, you are coming up against the best players in the world. City don’t just have Haaland, they have a number of players.

“This is what we wanted, this is why we worked as hard as we did last season.”

Forest made Renan Lodi their 18th summer signing on Monday as he joined on loan from Atletico Madrid with the option of a permanent move.

With 48 hours left of the transfer window, Cooper says there is a possibility of more arrivals.

“Although we are constantly having good communication with the board and the ownership, this week with three games it is taking up enough of our time.

“With it being the day before the game, that is what I am focusing on and if there is something that has happened that we would like to do I’m sure the guys would let me know.”

Orel Mangala, Moussa Niakhate (both hamstring) and Omar Richards (leg) all miss out, while Cooper was coy on whether Lodi would be involved.