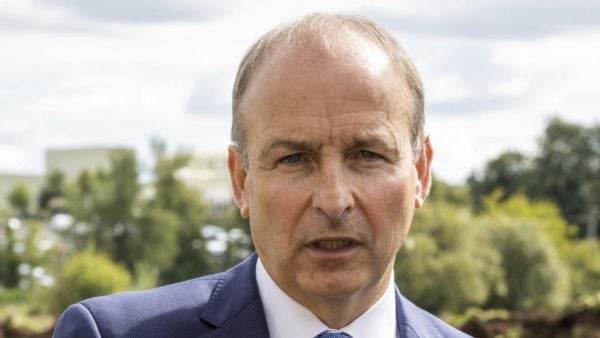 The Taoiseach has urged union members to accept what he insisted was a “fair” agreement on public sector pay increases.

Micheál Martin welcomed the 6.5 per cent rise that was tabled by the Workplace Relations Commission (WRC) following lengthy talks between unions and the Government.

The public sector unions will now ballot their members on the proposed increase, which would be introduced on a staggered basis over the course of 18 months.

The minimum cash sum incorporated into the third of the proposed rises will ensure those on lower incomes benefit proportionately more from the overall deal.

The 6.5 per cent increase, which will cost €1.6 billion, is in addition to the increase of 1 per cent or €500 (whichever is greater) due in October 2022 under the terms of the existing public sector pay agreement, Building Momentum.

The Building Momentum agreement also saw a 1 per cent/€500 increase in October 2021 and the equivalent of a 1 per cent increase in annual basic salaries in February 2022 provided through a sectoral bargaining fund.

Mr Martin said the additional offer from the Government recognised that workers in Ireland were living in “extraordinary times”.

“I think it’s a fair agreement,” he said.

“That is a fundamental factor in all of this and particularly on the energy prices, which is feeding into inflation.

“And so therefore we need harmony, we need to work on this one, through this crisis in a collective way and, in that context, I would hope and would recommend that the deal will be accepted.”

Mr Martin, who was speaking to reporters in Co Monaghan, insisted more support for workers would be coming in the budget, with the Government promising a package of tax reforms and cost of living measures to help people mitigate soaring inflation rates.

In June, public sector workers rejected a pay increase of 5 per cent from Government, arguing that it was not enough amid the high inflation rate.

The Consumer Price Index tracked inflation in Ireland at 9.1 per cent in the year to June, the largest increase since 1984 when it was at a rate of 9.7 per cent.

At noon on Monday, Government officials and unions representing more than 300,000 public servants such as gardai, nurses and teachers resumed negotiations aimed at reaching a new pay deal.

Ahead of the resumption of Monday’s negotiations, unions warned that they were preparing industrial action ballots, to commence at the end of August, with the aim of improving public sector pay amid the cost-of-living crisis.

Those ballots have been suspended pending consideration of the new offer.

The unions will make a collective decision whether to accept the deal on October 7th, 10 days after the Government’s unveils it budget.

Chairman of the Irish Congress of Trade Unions’ public services committee Kevin Callinan said he believed the terms were the best that could be achieved through negotiations.

“We’ll now be explaining this package to union members, who will have the final say in ballots,” he said.

“Neither side has achieved all it sought, but this package is a significant improvement on the pay terms of Building Momentum, and it is worth more to those who need it most.

“This underlines the importance of the unions’ decision to invoke the review clause in the current agreement.”

Commenting on the proposed deal, Minister for Public Expenditure and Reform Michael McGrath said: “The backdrop to these negotiations on public service pay has been exceptionally challenging given the cost-of-living pressures affecting public servants and the rest of society, while at the same time the Government is facing a highly uncertain international economic environment.

“The Government’s objective from the outset has been to strike a fair deal for public servants that is also affordable and sustainable for taxpayers generally.

“I am satisfied that the proposal from the WRC meets this objective, and I will be recommending acceptance of this proposal to government.

“If the proposed agreement is ratified, it enables the Government to move quickly to alleviate some of the impact of inflation on our public service workers, as well as securing industrial peace.

“Under the proposed agreement, the benefits for those on lower levels of pay will again be higher than the headline percentage increases.”