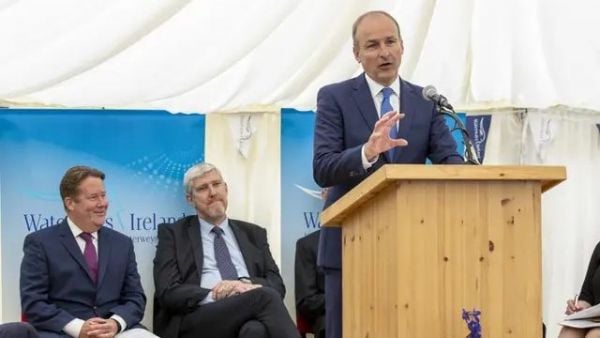 The restoration of the Ulster Canal will be transformative for the cross-border area through which it flows, the Taoiseach has said.

Micheál Martin was commenting after laying the foundation stone to mark the commencement of phase two of the project.

The Ulster Canal, which runs through counties Armagh, Fermanagh and Tyrone in Northern Ireland and counties Cavan and Monaghan in the Republic of Ireland, was built in the 19th Century but was abandoned in the early 1930s.

The restoration of the disused waterlink is a flagship north south infrastructure project.

Phase one involved the restoration of a 2.5 km stretch of the canal from Upper Lough Erne in Co Fermanagh to the International Scout Centre at Castle Saunderson near Belturbet in Co Cavan.

Phase two focuses on a section of the canal between Clones and Clonfad in Co Monaghan.

The €20 million project is being funded by the Irish Government, with support drawn from its Shared Island Fund, the Rural Regeneration Development Fund and the Department of Housing, Local Government and Heritage.

The Taoiseach was joined at Tuesday’s event by Minister for Housing Darragh O’Brien, Minister for Rural and Community Development Heather Humphreys and Minister for Heritage Malcolm Noonan.

The works will see the construction of a 42-berth marina at Clones, with access bridges and amenity area, as well as new walking and cycling trails along the canal between Clones and Clonfad.

“The Ulster Canal restoration is a cross-border project in its truest sense and will be transformative for this region,” said Mr Martin.

“It is not just an infrastructure project, it is an investment in our communities and a tangible example of what can be achieved through partnership and all-island collaboration.

“I am delighted that through support from the Shared Island Fund we have been able to prioritise the Ulster Canal restoration and bring it to this stage.

“Now that the momentum behind this long-standing project has been reignited, the Government intends to do more to progress the next phases of the canal restoration.”

Mr O’Dowd highlighted the economic opportunities that the project could create.

“I am delighted to be here to mark the commencement of work on Phase 2 of the Ulster Canal restoration, which when completed, will provide an additional inland navigable waterway from Lough Erne to Clones,” he said.

“The project will bring many benefits to the area by creating a new destination for visitors as well as enhancing the facilities available for local communities.

“In the current economic climate, it is heartening to see a project like this being progressed, a project that has the potential to bring economic benefits that could be transformational for the region.”