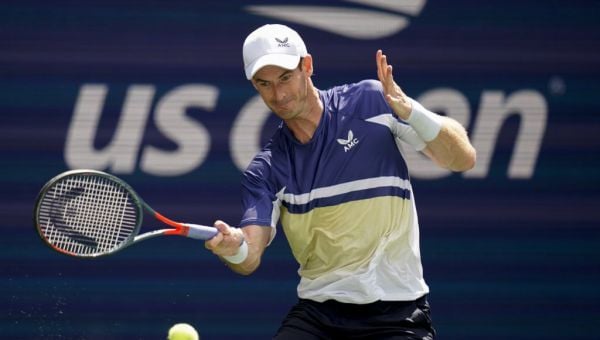 Andy Murray recovered from a difficult start to defeat wild card Emilio Nava and reach the third round of the US Open for the first time in six years.

The reward for Murray knocking out 24th seed Francisco Cerundolo in round one was a second-round assignment against 203rd-ranked American Nava, who had claimed his first tour-level victory against John Millman on Monday.

He played well above his ranking in a gruelling first set that lasted 84 minutes but there was no sign of Murray’s cramping issue reappearing and he used his far greater experience to turn the match around and secure a 5-7 6-3 6-1 6-0 victory.

It is the Scot’s best run at Flushing Meadows since he made the quarter-finals in 2016 in what would prove to be his last season before the hip problem that nearly ended his career emerged.

Murray said: “I started to take the ball on a little bit more, he was dictating a lot of the points in the first set. I think his level dropped a bit but he’s a brilliant young player and he’s going to have a very bright future.

“Physically this is the best I’ve felt in the last few years. My movement is the best it’s been in a long time and that’s always been a really important part of my game. I’m getting closer to where I want to be and hopefully I can have a deep run here.”

Ten years on from his maiden grand slam title, Murray was again given a date on Arthur Ashe Stadium, although few fans were there to see him walk out at midday.

Nava has good sporting pedigree, with a tennis player mother and athlete father who both competed at the Olympics, and the tennis he produced in the opening set was a reminder of how tough it is to climb the lower rankings.

Murray had five break points in Nava’s opening three service games but could not take any of them and the young American made him pay, breaking serve to lead 5-3.

He could not serve out the set but produced a moment he will never forget with Murray serving at 5-6, sending an improbable forehand flashing past his opponent to clinch it.

But Nava would be ranked a lot higher if he could play at that level on a consistent basis and Murray began to grind him down, breaking early in the second set and establishing complete dominance by the third.