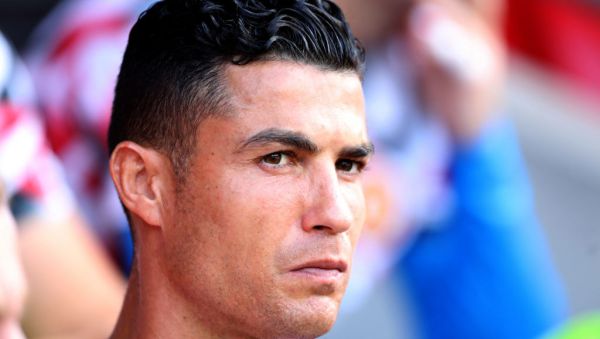 Cristiano Ronaldo’s exit from Manchester United and the prospective arrival of a fellow superstar at Stamford Bridge are just two of the high-profile issues to be addressed on transfer deadline day.

Here, the PA news agency takes a look at those clubs with specific shopping lists as we head into the final hours of what promises to be another hectic window.

A rumoured late bid to land Neymar may prove too ambitious even for Chelsea’s statement-seeking new owners, but the west London club are expected to be most active in the final hours of the transfer window as they look to sign a striker to solve their stuttering start to the season.

Wilfred Zaha and Pierre-Emerick Aubameyang have been mooted but a move for Everton’s Anthony Gordon appears to have come too late.

Meanwhile, boss Thomas Tuchel is expected to reinforce his back line with the arrival of Wesley Fofana from Leicester.

Manchester United look to have spent up after signing Antony from Ajax for around £85million this week.

But more funds could be released if they successfully conclude the Ronaldo saga, with his agent Jorge Mendes reportedly pushing for a move to Napoli or Sporting. Suggestions a deal with the former could involve the arrival of Nigerian striker Victor Osimhen at Old Trafford appear to have been dashed.

Meanwhile, according to reports, Memphis Depay could be targeted for a return five years after his departure to Barcelona.

Klopp’s men in the middle

A series of injuries to the likes of Thiago Alcantara and Naby Keita have forced Liverpool boss Jurgen Klopp to concede he was wrong to conclude that he had enough central midfielders at his disposal.

Despite Fabinho’s return in the 9-0 thrashing of Bournemouth to ease talk of a potential crisis, Klopp is back in the market, with Aston Villa’s Douglas Luiz the latest to be linked.

The Reds also appear to have expressed an interest in Brighton’s Moises Caicedo, although it has been laughed off by the south-coast club.

For all their promising start to the new season, Arsenal boss Mikel Arteta is acutely aware that the relatively small size of his squad could hamper their chase for the Champions League.

An injury to Mohamed Elneny at the weekend appears to have focused minds at the Emirates and the Gunners appear to have shown interest in strengthening after being linked with Youri Tielemans at Leicester as well as Wolves duo Pedro Neto and Ruben Neves.

Everton’s seemingly perennial push to bolster their forward line has led them to Villarreal’s Nigerian striker Samuel Chukwueze, according to reports on Merseyside.

Aston Villa seem to be on the hunt for a central defender, whilst managerless Bournemouth have obvious reasons to wish to boost their back-line.

Meanwhile, just when their rivals hoped soaring Manchester City had done enough, Pep Guardiola has refused to rule out another delve back into the transfer market, with Borussia Dortmund defender Manuel Akanji the latest to be linked.