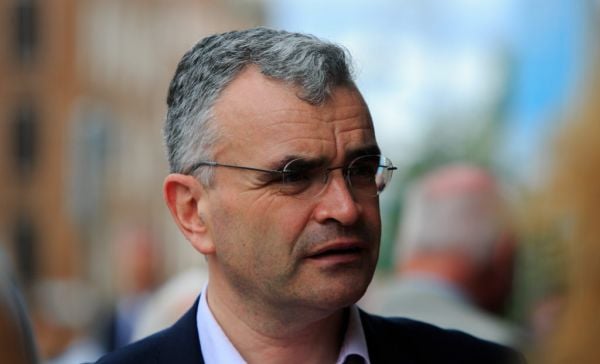 Mr Troy, who had been the junior minister with responsibility for trade promotion, stood down following revelations that he failed to declare details of his property interests to the Dáil’s register of members’ interests.

On August 18th, the Fianna Fáil TD for Longford-Westmeath apologised for his “errors and omissions”, adding that he fully accepted the seriousness of his mistake.

Despite the apology, his resignation came last Thursday, in which he thanked Taoiseach Micheál Martin, Tánaiste Leo Varadkar and colleagues who had shown him support.

Mr Calleary was previously the Minister for Agriculture but resigned from the role after it emerged he attended the Oireachtas Golf Society event in August 2020.

A statement from the Government confirmed Mr Calleary’s appointment following his nomination by the Taoiseach.

“Dara brings considerable experience to this role, having already served in the Department of Enterprise, Trade and Employment,” Mr Martin said.

“A professional and diligent worker, I have no doubt Dara will hit the ground running, in helping indigenous Irish companies face the significant challenges and opportunities ahead, as well as overseeing important legislative reforms of the Personal Injuries Assessment Board,” he added.

Mr Calleary said he was “delighted” with the appointment, adding he is looking forward “to getting stuck in straight away and continuing to build on the great work my colleague Robert Troy has done in the department”.

“This is a great personal honour and I am very grateful to my family, my colleagues, my supporters and my constituents for their ongoing support,” he added.