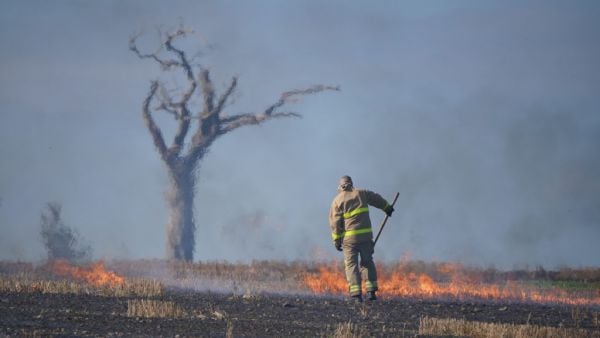 Firefighters are battling a blaze in a Co Down barley field made famous by pop star Rihanna.

Three fire appliances were deployed to the field just outside Bangor, with firefighters seen dousing flames across a wide area.

The view across the field dominated by an old tree was made famous in 2011 in the 34-year-old’s music video for her hit We Found Love featuring Calvin Harris.

The video included scenes shot in north Belfast as well as in the more rural setting on the road from Northern Ireland’s capital city to Bangor.

Northern Ireland Fire and Rescue Service said they received a call for assistance at 3.50pm on Wednesday.

They said the incident in the large barley field remains ongoing.

On Wednesday evening, police issued a warning to motorists planning to travel along the Belfast Road between the Ballyrobert Road and Craigantlet Road junctions.

A police spokesperson described visibility as poor and urged motorists to seek an alternative route.