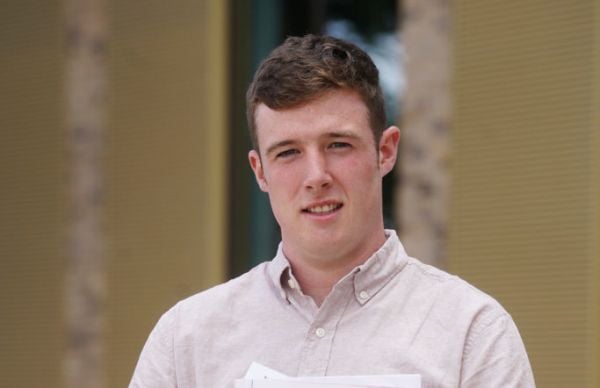 Activists have welcomed the inclusion of care leavers and the Roma community in the Government’s fourth plan to improve and monitor people’s equity of access to third-level education.

The plan, launched at TU Dublin’s Grangegorman campus on Wednesday, aims to help people of a greater variety of backgrounds access higher education courses, particularly people from disadvantaged socio-economic backgrounds, people with disabilities and people from the Traveller community.

For the first time, the plan aims to measure the progress of care leavers, survivors of domestic violence, the Roma community, autistic students and students with an intellectual disability.

Tracking the numbers in higher education and how they progress through their studies is seen as a first step towards improving supports and access to higher education for these demographics.

Rory Brown, who spent 11 years in the care system, told the PA news agency that the support of an after care worker was important to him after he left his foster home, but that he didn’t have that support until his first year at Mary Immaculate College.

“For many care leavers, at 18 you get to a cliff, you get to a stage where you have to leave your foster family unless you’re lucky and they’re able to keep you on.

“And I suppose I got to that stage at 18 where I ended up having to leave my home in the middle of my Leaving Certificate year, and become an adult.

“This is something that many of my peers never had to do. You have to go find a home, you have to figure out how you’re going to be financially secure for the next year.

“It’s usually go out on your own and if you don’t succeed you don’t know where you’re going to be.”

He said that to maintain after care supports up to the age of 21, you have to be in education, but that if you don’t progress to the next year of college or if you change the course you’re studying, “you do not get that support”.

“So you can’t fail a year, you can’t change courses, so that pressure is massive for care leavers when they get to exam season.”

Mr Brown said that the National Access Plan launched on Wednesday won’t change that particular issue “yet”, but that it could precede a greater flexibility for students to change their minds in the future.

Megan Berry, who works with Irish Traveller NGO Pavee Point, welcomed the inclusion of the Roma community in the Access plan for the first time.

She said that there were “so many barriers” that emerged for her in considering whether to go on to third-level education, including discrimination.

“College is for everybody. For Travellers, don’t give up, just keep going, ask for the bit of support that’s out there.”

Anastasia Crickley of Pavee Point said that the setting of targets and the tracking of priority groups as part of the Access Plan will be important to make progress, as will having a seven-year plan to increase equity of access to third-level education.

When asked whether a senior minister for higher education has made a difference to equity of access issues, Ms Crickley said “Yes, actually. I think the particular commitment to marginalisation and disadvantage is very important, and really important in higher education.

“I’m aware that there are other elements to higher education. I believe what’s really important is that we link equality with excellence, and I feel that that is possible.”

Minister for Further and Higher Education Simon Harris told reporters that statistics show that for every five students in higher education from a disadvantaged background, there are 10 students from an affluent background.

“Progress hasn’t been equal,” he said.

“Education is a great leveller and if we’re serious about tackling disadvantage and creating an inclusive society, this is how you do it.

“I do get the sense from the higher education sector that they are bought into that. I genuinely do.”

Mr Brown added that it was a “massive achievement” that care leavers have be included as a cohort whose progress in higher education will be measured in the National Access Plan.

“With this plan, it’ll allow data and statistics to be carried out because there is none on care leavers.

He said that the data provided by the plan will be able to highlight what further supports are needed.