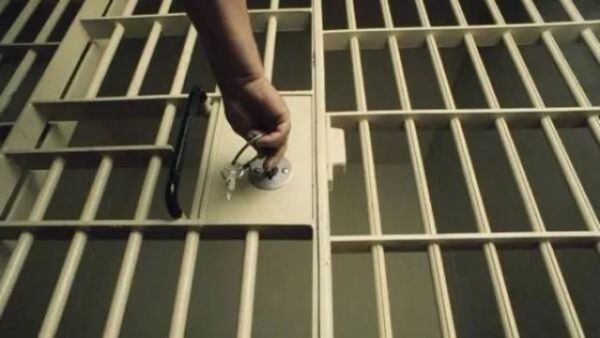 The Irish Prison Service (IPS) has been ordered to pay €55,000 compensation to an IPS Manager at Cork prison over its failure to allow her work from home during Covid-19.

At the Workplace Relations Commission (WRC), Adjudicator, Patsy Doyle has found that IPS Higher Executive Officer, Caroline O’Connor – who has a heart condition – was denied ‘reasonable accommodation’ by the IPS under the Employment Equality Act.

In her findings, Ms Doyle found that Ms O’Connor “was denied the opportunity to participate in a work setting which had an adverse effect on her”.

Ms O’Connor worked full time with a commute from Lismore to Cork prison until the start of the Covid-19 pandemic in 2020.

Ms O’Connor has a heart condition and on February 19th, 2020 presented with an acute cardiac event at work which required overnight hospitalisation.

On March 26th, 2020, Ms O’Connor requested if she could work from home and was refused a day later.

Ms O’Connor repeated the request on April 30th, and it was refused twice more.

On April 9th 2020, Ms O’Connor tendered a “fit to return to work from home” certificate and this was not acceptable to the IPS.

Ms O’Connor was notified of outbreaks of Covid-19 amongst staff between April and September 2020 and in a note dated April 22nd, 2020, a GP confirmed a diagnosis of tachycardia and stated:“I feel that she is fit to work but not on site at Cork Prison.”

The doctor added that if home working could not be facilitated, Ms O’Connor would not be “fit to work at Cork Prison until after her planned surgical cardiac treatment is completed”.

The IPS refused to allow Ms O’Connor to work from home and mandated her return to work at the Prison location when medically fit.

Counsel for Ms O’Connor, Dan Walshe BL instructed by Nolan, Farrell and Goff Solicitors drew attention to various systems of accommodation applied to staff members of the IPS during the covid era.

These included two pregnant staff members were told not to attend work, availed of health and safety leave and 120 staff at Headquarters in Longford were permitted to work from home where 20/30 attended the base location.

Mr Walshe submitted that Ms O’Connor had not been met with a risk assessment of her condition by the IPS, who adopted a “one size fits all “approach to prison-based staff.

Mr Walshe said that Ms O’Connor’s circumstances were clearly distinguishable from those of her colleagues who did not have underlying conditions.

Mr Walshe also drew attention to the fact that 586 prisoners were released early by 12 April 2020 and Covid arose in staff and prisoners across the entire service in 2020.

Mr Walshe also highlighted that the Government had advocated for flexibility in workplace practices at that time.

Ms O’Connor is currently on sick leave since February 2020 and her pay was reduced to half pay from July 23rd 2020 and income continuance has raised her earnings to 75 per cent of normal pay and the IPS stated that this amounts to €2,000 per month.

Ms O’Connor has worked at Cork prison since 2013 and her role has involved absence management, financial, accounts, pay, procurement and stock purchase.

Ms Doyle found that the IPS was not bound by a direction to accede to Ms O’Connor’s request for accommodation, but the IPS was bound to try rather than rest on the boulder of “no” which resulted in a “house arrest situation” for Ms O’Connor and the absence of a key staff member for the IPS.

Ms Doyle found that by placing a “blanket ban” on working from home, that the IPS failed to attempt at least to reasonably accommodate Ms O’Connor.

Ms Doyle stated that nobody undertook a risk assessment of this or evaluated any of the duties/tasks suggested by Ms O’Connor.

She stated: “Nobody measured the fear that intensified for her on the evolution of Covid. It may well have transpired that working from home was not the panacea first thought by Ms O’Connor, or perhaps that a compromise on hours/ duties could have been struck up, but this proposal deserved consideration and measurement. That is what the presiding legislation says.”

Ms Doyle stated that she appreciated that the prison Governor considered the suggested changes in the way Ms O’Connor’s role could be executed but deemed them unworkable.

She stated: “However, this was not objectively measured, discussed, consulted on or evaluated either by trial or pilot or any exploration.”

Counsel for the IPS, Peter Leonard BL outlined that due to the nature of the duties of Ms O’Connor’s job, presence on site at the prison was mandatory.

Mr Leonard stated that Ms O’Connor was an essential worker who processed and dealt with sensitive files relating to prisoner issues and hardcopy material could not be digitalised due to security.

The IPS pointed out that in May 2020, Ms O’Connor’s Cardiac Consultant considered her fit to return to work “in her normal or other capacity”.

The IPS contended that they had taken full cognisance of Ms O’Connor’s medical condition and that they adopted a supportive approach as reflected in the maximum application of the critical illness protocol.

Mr Leonard contended that it was not possible for Ms O’Connor to perform her duties at home and her classification as an essential worker mandated on site attendance.

Mr Leonard agreed that reasonable accommodation does not arise in the case as Ms O’Connor has been certified as being medically unfit for work pending the completion of surgery.

The IPS acknowledged that Ms O’Connor was not medically fit to return to work, and it had not been possible to provide the specific reasonable accommodation sought.

The Prison Service stated that the Longford HQ arrangement did not reflect the service exigencies at Cork Prison.

In her findings, Ms Doyle stated that she arrived at the €55,000 figure after finding that the barrier placed before Ms O’Connor in seeking to be reasonably accommodated in her disability “to have been pronounced and impenetrable for her”.

Ms Doyle has directed that a comprehensive report on the completion of this work be furnished to the Head of the Prison Service no later than December 31st 2022.