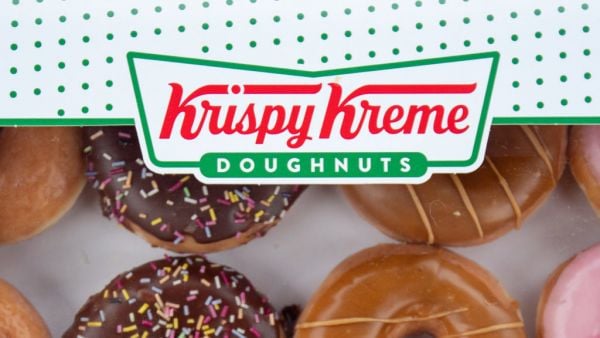 The Krispy Kreme business in Ireland last year recorded weekly revenues of €134,326 as the doughnut maker expanded its business and recovered from the early phases of the Covid-19 pandemic.

New accounts filed by Krispy Kreme Ireland Ltd show revenues surged by 51 per cent to €6.98 million on the back of a new a store opening at the Pavillion Shopping Centre at Swords in north Dublin last November.

The company recorded a 6 per cent decrease in pre-tax profits to €1.16 million in the 52 weeks to the end of January 2nd this year despite the €2.37 million increase in revenues.

The decrease in profits arose from higher costs as Krispy Kreme continued its expansion here beyond its record-breaking doughnut selling store in Blanchardstown to open its second stand-alone outlet here in Swords.

In the current year, the company has advanced its expansion plans with a new outlet at One Central Plaza, Dame Street in Dublin City Centre two weeks ago.

According to the directors, despite being impacted by the pandemic during the year the business “has remained profitable and is able to look forward to a future of investment and growth”.

The directors state that the business “began 2021 with the retail operations impacted by Covid-19 restrictions and hence focused on sales and investment in the grocery partners in the early part of the year”.

The directors add that with the easing of the Covid-19 restrictions during the year “the retail segment saw uplift in sales and new stores were opened”.

The expansion contributed to administrative expenses last year increasing by 73 per cent from €1.76 million to €3.04 million.

The pre-tax profit takes into account combined non-cash depreciation and amortisation costs of €611,000.

The expansion of the business contributed to the firm’s operating lease costs increasing from €218,000 to €305,000.

The opening of the new store at Swords also contributed to numbers employed rising from by 18 from 55 to 73 and the 73 were engaged in sales and manufacturing.

The firm paid out no dividend last year after paying a dividend of €1.66 million in 2020.

The opening of the Blanchardstown store on September 26th, 2018 was greeted by a consumer mania not seen in Ireland in recent years.

There was a queue of 300 people when the store opened its doors at 7am on its first day of operation on September 26th 2018, when thousands of customers streamed through the doors during the first day to make the opening the biggest store opening for Krispy Kreme across the world at the time.

During the height of the craze for the likes of the Original Glazed doughnut, residents were posting footage on social media of cars beeping their horns while motorists waited for service in the middle of the night.

The company recorded a post tax profit of €1.008 million last year after paying corporation tax of €159,000.

On January 2nd last, the company’s accumulated profits stood at €2.4 million while its cash funds amounted to €1.2 million.