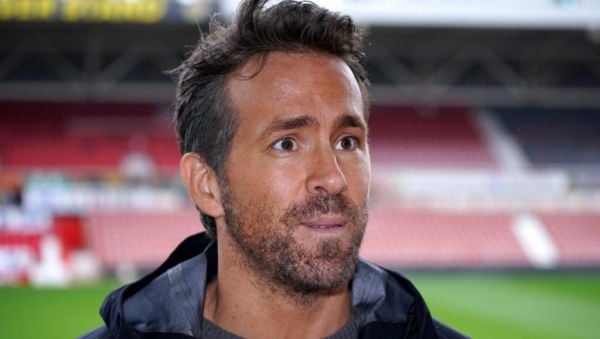 The National League will submit proposals for a “fully tested” streaming platform after Hollywood star Ryan Reynolds had criticised them for not allowing clubs to show live matches.

The Deadpool actor said officials had neglected to pursue a plan to open talks with BT, who currently own the rights to the competition in the UK, about potential streaming, and won support from League sponsors Vanarama.

In a statement on Wednesday, the League said: “Firstly, it is important to remember that we already have a broadcast partner, in BT Sports, who currently have the contractual rights to all National League games in a deal that has served the whole League and all its 72 clubs well.

“BT are keen to work with the National League to support opportunities for our clubs to generate extra income, as they did during the Covid pandemic, in the form of streaming.

“We have been working intensely for some months to finalise a proposal to launch a centralised, fully tested Vanarama National League streaming platform. This proposal goes to the board for consideration at their meeting on 15th September.

“The proposal will recognise that we must respect and protect the status of the League and also BT Sport’s high production values and ensuring an approach which guarantees quality of service and the needs of all our clubs and their fans.”

The National League says it is “imperative” the interests of all 72 member clubs are considered on the issue of steaming live matches.

“We understand the desire from some clubs, who find themselves in a position to stream independently and we respect that, however there is a requirement for the League to protect and provide a solution for all three divisions,” the statement added.

“We will always take into account the views of individual clubs, but it is imperative that we look after the interests of 72 member clubs and doing as much as we can to deliver income, profile and support for all.

“The commercial arm of the League have been simultaneously seeking partners for the delivery and commercialisation of a streaming platform.

“The League has the support of Vanarama and BT Sport in ensuring we deliver the needs of all our clubs.

After months of maximum effort, the decision (through inaction of the @Vanarama National League) to not allow domestic/international streaming of matches of Wrexham and the other clubs in the league is truly baffling. CC @btsport. Pls RT!!! 1/4

“There are challenges in supplying a product that can be used by everyone, whilst ensuring compliance with Article 48. The board will consider the proposal in full, and that will include the timetable for its introduction.”

Reynolds highlighted the subject of live streaming by expressing dismay over league officials to his 20 million Twitter followers.

Tagging in all 24 National League clubs in his tweets, he wrote: “After months of maximum effort, the decision (through inaction of the Vanarama National League) to not allow domestic/international streaming of matches of Wrexham and the other clubs in the league is truly baffling.

“Depriving every team in our league the chance to expand the fanbase while adding to league revenue benefits everyone.”