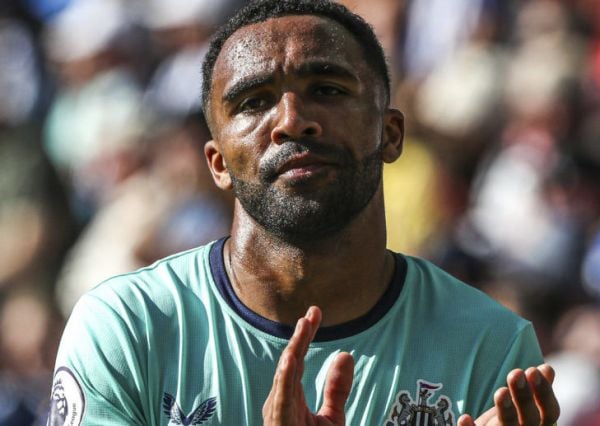 Newcastle striker Callum Wilson has expressed his frustration with the hamstring injury that has stalled his strong start to the new Premier League campaign.

Wilson limped off midway through his side’s 3-3 draw with Manchester City earlier this month and is expected to remain on the sidelines for at least two more weeks.

The 30-year-old told BBC Radio 5 Live’s The Footballer’s Football Podcast: “I have a had a little setback – disappointing because I felt like I had found my form and rhythm.”

Wilson scored in his side’s opening day of the season win over Nottingham Forest and again against City before hobbling off after 70 minutes.

He added: “It’s frustrating because you do everything right – the ultimate professional.

“There are probably not many people in the dressing room that are more professional than myself – the way I eat, the way I sleep, the way I recover.

“That’s the most frustrating thing – you’re putting your heart and soul into making sure you stay there. A little setback – it’s fine – but I’ve had to put it into perspective.”