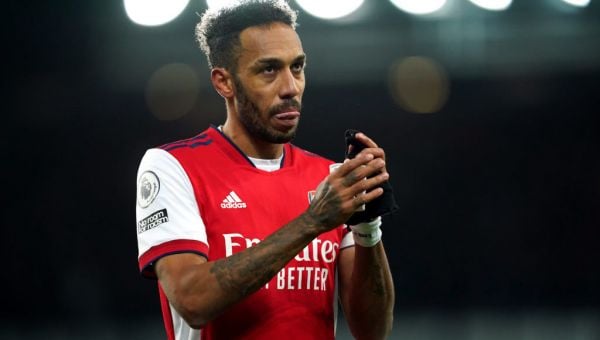 Pierre-Emerick Aubameyang has condemned the “violent cowards” who injured him and threatened his family during a break-in at his home.

Barcelona star Aubameyang suffered an injured jaw during the incident on Sunday night.

“Hey guys, thanks a lot for all the messages,” the former Arsenal striker wrote on Twitter.

“On Sunday night, some violent cowards broke into our home and threatened my family and my children, just to steal some stuff.

“They injured my jaw but I will recover in no time, and thank God no one else was physically harmed.

“The feeling that we are no longer safe in our own home is hard to understand and describe, but as a family, we will overcome this and stand stronger than ever.

“Thanks for all the support, it really means a lot to us.”

Authorities told Spanish newspaper El Pais that Aubameyang was forced to open a safe where the couple kept jewellery.

The attackers allegedly threatened him and his wife with guns and iron bars before escaping in a car.

He has been linked with a return to the Premier League in recent days, with Chelsea reportedly keen on signing him before the transfer window closes on Thursday.