Taoiseach among world leaders to pay tribute to Mikhail Gorbachev 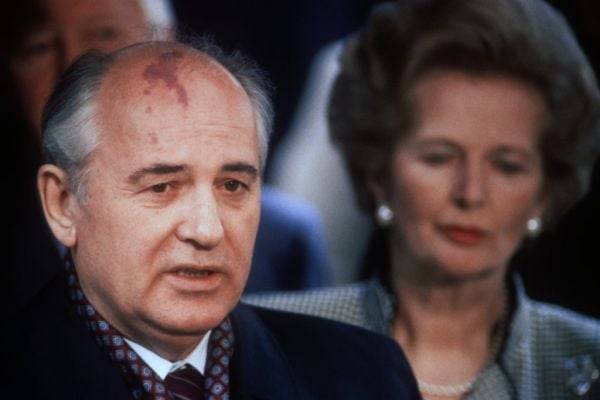 Taoiseach Micheál Martin and British prime minister Boris Johnson are among those who have paid tribute to former Soviet leader Mikhail Gorbachev.

Mr Gorbachev’s death at the age of 91 has inspired an outpouring of tributes from leaders around the world.

Many made reference to the timing of his death during the worst period of relations between Russia and the West since the end of the Cold War.

In a statement issued on Tuesday night, Mr Martin said he was “deeply saddened” to hear of Mr Gorbachev’s death, describing him as “one of the most significant political figures of the late 20th Century”.

“At a time when the threat to the world of nuclear destruction was very real, he saw the urgent need for rapprochement with the west and for greater openness and reform – glasnost and perestroika – in the then Soviet Union.

“His leadership helped to end the arms race between the east and west, end the Cold War and bring down the Iron Curtain that had divided Europe since the Second World War.

“That contributed directly to the enlargement of the European Union that came to fruition during Ireland’s 2004 Presidency of the EU,” the Taoiseach said.

Mr Martin added: “There are very few figures who can be said to have truly changed the world. Mikhail Gorbachev was one. He will long be remembered.”

I’m saddened to hear of the death of Gorbachev.

I always admired the courage & integrity he showed in bringing the Cold War to a peaceful conclusion.

In a time of Putin’s aggression in Ukraine, his tireless commitment to opening up Soviet society remains an example to us all.

Meanwhile, in a Twitter post, Mr Johnson said he was “saddened” to hear of Mr Gorbachev’s death, at a “time of Putin’s aggression in Ukraine”.

“I’m saddened to hear of the death of Gorbachev,” the British prime minister said.

“I always admired the courage and integrity he showed in bringing the Cold War to a peaceful conclusion.

“In a time of Putin’s aggression in Ukraine, his tireless commitment to opening up Soviet society remains an example to us all.”

“This legacy is one we will not forget. RIP Mikhail Gorbachev,” she added.

Former US secretary of state Henry Kissinger said Mr Gorbachev “performed great services” but was “not able to implement all of his visions”, telling BBC’s Newsnight: “The people of eastern Europe and the German people, and in the end the Russian people, owe him a great debt of gratitude for the inspiration, for the courage in coming forward with these ideas of freedom.”

Mr Kissinger, after again acknowledging Mr Gorbachev was unable able to implement his full vision, added: “He will still be remembered in history as a man who started historic transformations that were to the benefit of mankind and to the Russian people.”