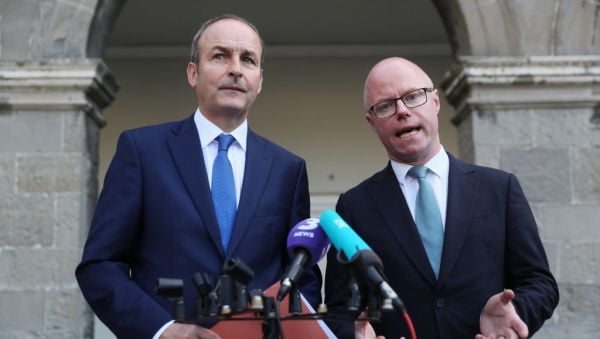 The Taoiseach has backed the Health Minister after Stephen Donnelly failed to renew a rental property registration with the Residential Tenancies Board.

It relates to a property in Sandyford in Dublin and follows the property controversy involving fellow Fianna Fáil TD Robert Troy, who quit as a junior minister last week.

A spokesperson for Micheal Martin says the Minister has explained his oversight and his member’s interests have been declared.

“The minister has explained his oversight in renewing a long term tenancy with the RTB in 2019, and that his member’s interests have been declared in full every year during that period,” a spokesperson for Mr Martin said.

A spokesman for Mr Donnelly said it was due to an “oversight” but that it has since been corrected.

The spokesman said that Mr Donnelly owns a Dublin property with a long-standing tenancy.

“That tenancy was registered and renewed with the RTB on a number of occasions (2011 and 2015) and is currently registered,” he added.

“Due to an oversight, the tenancy registration was not renewed in 2019 when it should have been.

“The RTB indicated that this should be backdated online, which was done last week.

“The minister’s interests have been fully declared every year on the Dáil register of members’ interests.”