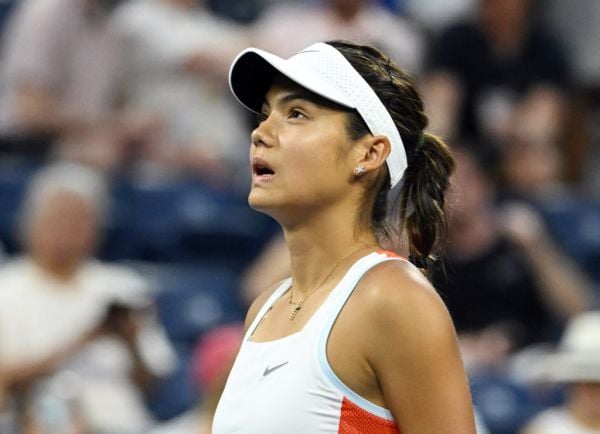 Emma Raducanu’s defence of the US Open title is over after a first-round loss to Alize Cornet.

The 19-year-old was beaten 6-3 6-3 in windy conditions on Louis Armstrong Stadium but Cameron Norrie and Dan Evans safely reached round two to make it five British players through.

Rafael Nadal marked his first match at Flushing Meadows in three years by coming from a set down to beat Rinky Hijikata, while Naomi Osaka and Venus Williams bowed out.

Stat of the day

The NY crowd gives @andreapetkovic some love after what may be her final #USOpen match. pic.twitter.com/1gGE3XTS2X

A warm handshake at the net for 🇺🇸 veteran Sam Querrey after his final professional singles match. 💙 pic.twitter.com/9YispA3ekQ

Serena Williams is not the only player heading into retirement. German Andrea Petkovic, a former top-10 player and semi-finalist at the French Open in 2014, announced ahead of the tournament this would be her final grand slam while American former Wimbledon semi-finalist Sam Querrey is also calling it a day.

Andy Murray and Serena Williams open the two sessions on Arthur Ashe Stadium on Wednesday for their second-round matches.

Murray takes on young American Emilio Nava in the day while Williams faces a tough task if she is to extend her farewell tour a little longer up against second seed Anett Kontaveit.

Also at night, Jack Draper will hope to showcase his rapid improvement against sixth seed Felix Auger-Aliassime while Harriet Dart meets Dalma Galfi of Hungary, where victory would make her the new British number one.