What next for Emma Raducanu after early US Open exit? 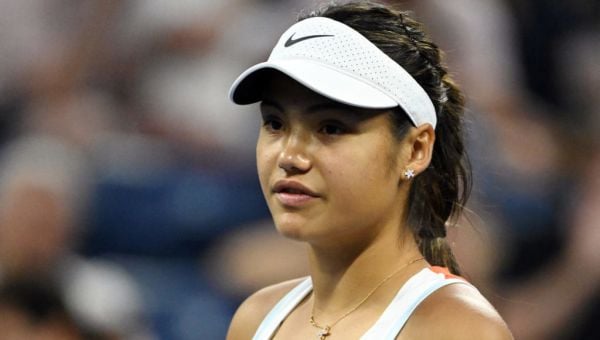 Emma Raducanu was unable to win a match on her return to the US Open, losing to Alize Cornet in the opening round.

The defending champion was not helped by windy conditions on Louis Armstrong Stadium and fell to a 6-3 6-3 defeat.

Here, the PA news agency answers the key questions around where Raducanu stands and what comes next.

How did she react?

She gave us a historic run last summer.

Disappointment tinged with some relief. The defeat closes a remarkable chapter and, while she would not swap last year’s triumph, it has undoubtedly made her first full year on the professional tour more difficult.

Where will she be ranked?

At best 80th and maybe a couple of spots lower depending on how other players ranked below her get on this fortnight. That will mean she will need wild cards to get into some tournaments – which should not be hard to come by – but it is also a much better reflection of where her level is than the top-15 position she had occupied. With few points to defend for the rest of the year, she can look to begin the climb back at a more steady pace.

Why could she not produce the same performance?

Last year was something of a perfect storm. She arrived at the tournament full of confidence and match tight after a great summer. With no real expectations, she was able to swing freely and play aggressively in conditions that suited her game, while opponents nervous of losing to an 18-year-old rookie underperformed. This year the boot was on the other foot and Raducanu’s lack of wins injected doubt into her game.

After taking a bit of time to process everything, a key decision for Raducanu will be her coaching situation. She has been trialling Dmitry Tursunov, who is a proven WTA coach at the top level, and must decide whether he is the right man. Raducanu has a history of chopping and changing advisors, while her marquee status can make it difficult to know who to trust. But it is hard to argue a bit of stability would not help her.

What will her schedule be?

Raducanu said she will look to play smaller WTA tournaments for the rest of the year, starting with the Korea Open in Seoul beginning on September 19. She is likely to finish her season representing Great Britain at the Billie Jean King Cup Finals in Glasgow in November.

What does she need to improve on and off the court?

Raducanu’s success last year was based on a very aggressive approach, particularly on return. She has retreated further behind the baseline this season and has often appeared lightweight, while her serve and forehand have not been as reliable. Physically she is well behind her peers and contracting Covid-19 last pre-season was a very untimely blow. Consistent blocks of physical training will make the biggest difference.