Donnelly not considering his position over rental property controversy 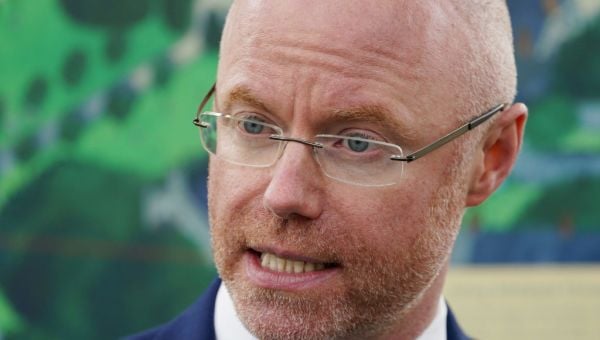 Minister for Health Stephen Donnelly has said that not renewing the registration of his Dublin rental property with the Residential Tenancies Board (RTB) in 2019 is the only mistake he has made in his property declarations “to the best of my knowledge”.

Mr Donnelly also said he will not consider his ministerial position after his Fianna Fáil colleague Robert Troy resigned as a junior minister last week when he admitted to several errors in declaring his property interests.

Mr Donnelly has said he failed to register a rental property in Sandyford with the RTB in 2019, though it was registered in 2011 and renewed in 2015, and is currently registered.

He said he discovered the property was not registered with the RTB after details of Mr Troy’s property errors emerged.

It is an offence to fail to register a tenancy with the RTB within one month of the tenancy commencing.

Speaking at Dublin Castle on Thursday, Mr Donnelly said it should not have happened but it was due to an “oversight”, and there was no advantage to not registering the property with the RTB.

He said: “It should have been renewed in 2019. That’s my fault. There was an oversight. The responsibility is mine.

“It shouldn’t have happened and I rectified it as soon as I discovered it.

“Under the old laws, an existing tenancy needs to be renewed every four years.

“I thought it was all in order. I checked the Dáil register of members’ interests, both properties have been fully declared every year on that.

“But I also double-checked the RTB and yeah that’s when I saw it.

“As soon as I discovered it, we contacted the RTB, they said to backdate it online and that was done and that is the same process that anybody has to go through who missed a renewal.”

Mr Donnelly said he paid a fine of “approximately €100” for the late registration with the RTB.

He added he is not considering stepping down from his position: “I’m not considering the position (of minister) but as I said, it shouldn’t have happened, but it is my responsibility,”

The Wicklow TD also defended his decision to lobby in the Dáil for better tax treatment for accidental landlords before he became a minister.

Mr Donnelly described himself as an accidental landlord in relation to the property that was not renewed with the RTB.

“It is a case of we bought a property and went into negative equity and that was the case,” Mr Donnelly added.

“The previous position that I was making, which I think it’s still relevant today, is we need people able to rent places, and we had a situation whereby Irish citizens who had a property, maybe they had it for their pension or maybe they had it through negative equity, were being taxed at about 50 per cent of the rental income, but corporate investors were paying a tiny fraction of that.

“I didn’t believe that was the right policy. I still don’t.”