Rail line between south Dublin and Wicklow at risk of collapsing 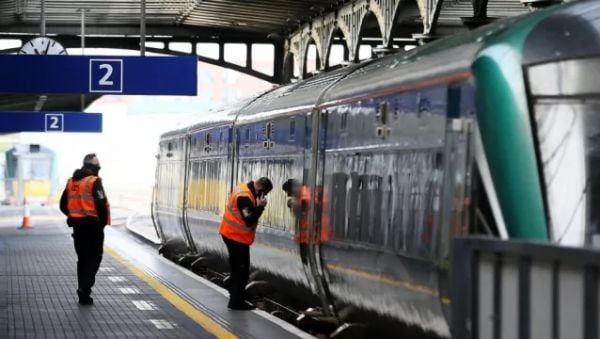 Parts of the rail line between south Dublin and Wicklow could be at risk of collapsing within 10 years if action is not taken.

Irish Rail says works costing at least €230 million is needed to protect the tracks between the Merrion Gates and Greystones, and also at Rosslare in Wexford.

It is hoped the project can begin in 2024 to deal with the impact of climate change and coastal erosion with increasing numbers of storms.

Irish Rail’s Barry Kenny told Newstalk that seven sections of tracks have been earmarked for works.

“We’ve had more impacts in the past 20 years along this east coast rail line than in the previous 100 years.

“That means the issues will only worsen and that there is a need to do preventative works to ensure the long term viability of the line.

“We have developed a series of projects along the line, at seven different sites.”