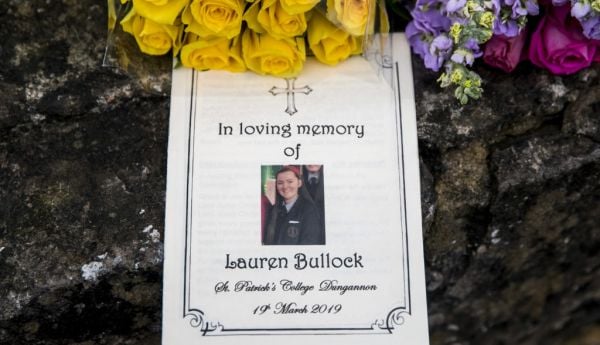 Three promising young lives were cut short when a fatal crush at a Co Tyrone hotel three years ago turned a night out into a tragedy.

Connor Currie was just 16 years old, while Lauren Bullock and Morgan Barnard were only a year older at 17 when they were among hundreds of people queued at the doors of the Greenvale Hotel for a disco.

However, they were never to return home from the St Patrick’s Day event in 2019.

The pair will also be charged with one offence of contravening the Health and Safety at Work (Northern Ireland) Order 1978.

Greenvale Hotel owner Michael McElhatton is one of the men, it is understood.

Meanwhile, the company which runs the hotel, Tobin Limited, will face a charge of contravening the same health and safety legislation.

As the victims funerals took place in 2019, the head of the Catholic church in Ireland, Archbishop Eamon Martin, described a “valley of tears”.

The youngest victim, Connor Currie, was remembered as a “courteous and appreciative” student who wanted to become an accountant.

The Edendork GAA football club member was described by his mother Ciara and father Eamon as a “gem”.

Lauren Bullock was described as a young woman with a “warm and bubbly personality with a very infectious smile”.

The St Patrick’s College student had a passion for cheerleading with Euphoria All Star, as well as being devoted to her dog Benji.

“And I am going to love him forever.”