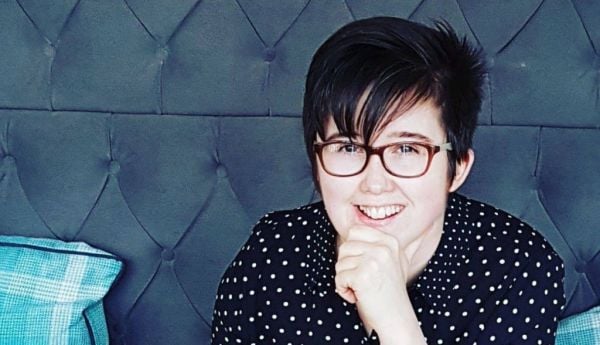 A man convicted of possessing the gun used to shoot journalist Lyra McKee wants to challenge any “misconception” that he was involved in the murder, a court has heard.

Niall Sheerin (29) pleaded guilty earlier this year to possession of a pistol and ammunition with intent to enable another person to endanger life.

The gun used to kill the author – a Hammerli X-Esse .22 pistol – was found wrapped in plastic bags in a hollow behind a telegraph pole in a field in the Ballymagroarty area of Derry in 2020. Bullets and a spent ammunition magazine were also discovered in the package.

Ballistics tests showed the pistol had been used in five shootings in the city in the previous 21 months, including the April 18th, 2019 murder of Ms McKee.

The 29-year-old was shot dead as she observed rioting in the Creggan area of Derry.

The dissident republican organisation styling itself as the New IRA admitted responsibility for her murder.

DNA linked to Sheerin was found on the weapon.

The defendant, from Tyrconnell Street in Derry, appeared before a judge in Belfast on Friday for a sentencing hearing.

Outlining mitigating factors, defence barrister Kieran Mallon QC made clear that Sheerin had no knowledge of how the weapon had been used prior to him storing it for a “short period of time”.

Mr Mallon said the prosecution did not contend that Sheerin had a role in the events surrounding the shooting of Ms McKee.

“I make that point on his behalf because he is anxious that there is no misconception or in terms of perception that he had any part whatsoever to play in the events certainly in relation to the 18th of April 2019,” he said.

“His culpability rests in his possession or storing or warehousing the weapon for a short period of time. We would ask the court to accept that as his culpability.”

The barrister said the defendant is a father of three young children who had attained the role of manager in a bookmaker’s shop in Derry.

He said his family are set to suffer hardship as a result of his impending prison sentence, though he acknowledged that personal circumstances would not be a major factor in the court’s determination of mitigation.

Mr Mallon also noted that his client should receive credit for pleading guilty, albeit he acknowledged it was at a relatively late stage of the court proceedings.

A prosecution barrister outlined the five incidents in which the gun was used.

As well as the shooting of Ms McKee amid orchestrated rioting in Creggan, it was also fired in four paramilitary-style attacks on men in Derry between September 2018 and March 2019.

The barrister said Sheerin was aware that he was storing a gun on behalf of the New IRA.

He said if an offence had a proven link with terrorism, that should be viewed as an aggravating factor when passing sentence.

“As a resident of Derry, the defendant would have been aware of New IRA activity in this area and would have been aware that the organisation carried out gun attacks, including punishment shootings in the local area, as well as the murder of Lyra McKee for which the New IRA publicly accepted responsibility,” said barrister.

However, the Crown prosecutor added: “It is accepted that the prosecution cannot establish to the requisite standard that the defendant would have been aware of the specific history of this particular firearm.”

The barrister said Sheerin had 15 previous convictions for offences including riotous behaviour, criminal damage and assaults on police.

“In a number of those incidents he has made sectarian or anti-police comments towards the police,” he added.

“On one occasion when he was age 17 he shouted ‘up the dissidents’, in another when he was 18 years old to the police he said ‘I hope you all get shot’.”

At the close of the sentence hearing, judge Mr Justice Stephen Fowler said he wanted to take some time to consider the points made by the legal representatives.

He told the court he would pass sentence on Sheerin at 10am on Wednesday, September 14th.