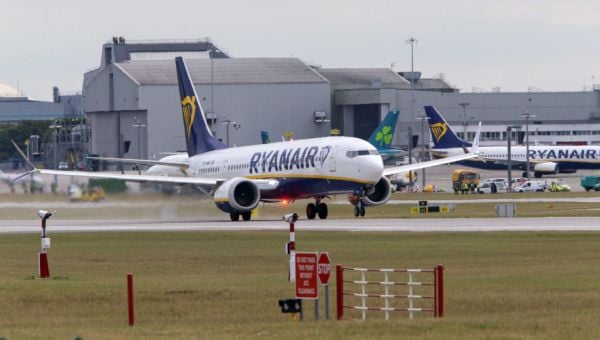 North Dublin residents have put the brakes on plans by the operator of Dublin airport to ease restrictions on its new €320m runway.

It follows An Bord Pleanála confirming that it has received four separate appeals against last month’s decision by Fingal County Council to ease planning restrictions on the operation of the airport’s new north runway.

The move by the residents also stalls the projected €6 million spend by the operator of Dublin Airport, DAA to insulate an estimated 300 homes from night-time air traffic noise.

The projected spend follows the Council attaching a condition to the planning permission that eligible householders around the airport are to receive a €20,000 grant from DAA to insulate their homes from night-time air traffic noise.

The new runway opened to commercial air traffic last week but the planning restrictions from the original 2007 planning permission for the project are to remain in place until An Bord Pleanála makes a determination on the appeals and that is likely to be made sometime in 2023.

In its decision, the local authority amended two planning conditions that will allow the 3.1km runway be used between 6am and midnight and that a noise quota system would be used to dictate the number of night-time flights at the airport.

The proposal attracted wide-spread opposition and the number of appeals lodged against the decision is likely to increase with next Monday the closing date for the lodging of appeals.

To date, appeals have been lodged by Trevor Redmond, Sheelagh Morris and others, Brian Murphy and Niamh Maher.

In his appeal, Mr Redmond has stated that “to the credit of An Bord Pleanála, it imposed restrictions regarding noise mitigation/night- time flights when making its decision on the original planning process for the new runway at Dublin Airport”.

Mr Redmond from Shallon Lane, The Ward contends that “these restrictions are valid and meaningful and give us, the community, which will be reduced to live with the enormous negative effects of the new runway at Dublin Airport, a tiny degree of protection for our future miserable existence, living in our homes, if forced to do so”.

Mr Redmond argues that “nothing has changed that should allow the applicant, DAA, to alter these few restrictions”.

He adds: “If An Bord Pleanála should choose to permit the altering of its previous decisions, it is making a mockery of the entire system and undermining the board’s credibility”.

In their original objection, Ms Morris from Millhead, St Margaret’s and others told the Council that “the removal of the conditions will have drastic and detrimental impact on our lives, homes and livelihoods”.

With the opening of the new runway last week, a DAA statement stated that the Fingal Council planning decision “helps provide the operational flexibility required by Dublin Airport to enable the regrowth and development of international connectivity at Ireland’s main gateway”.