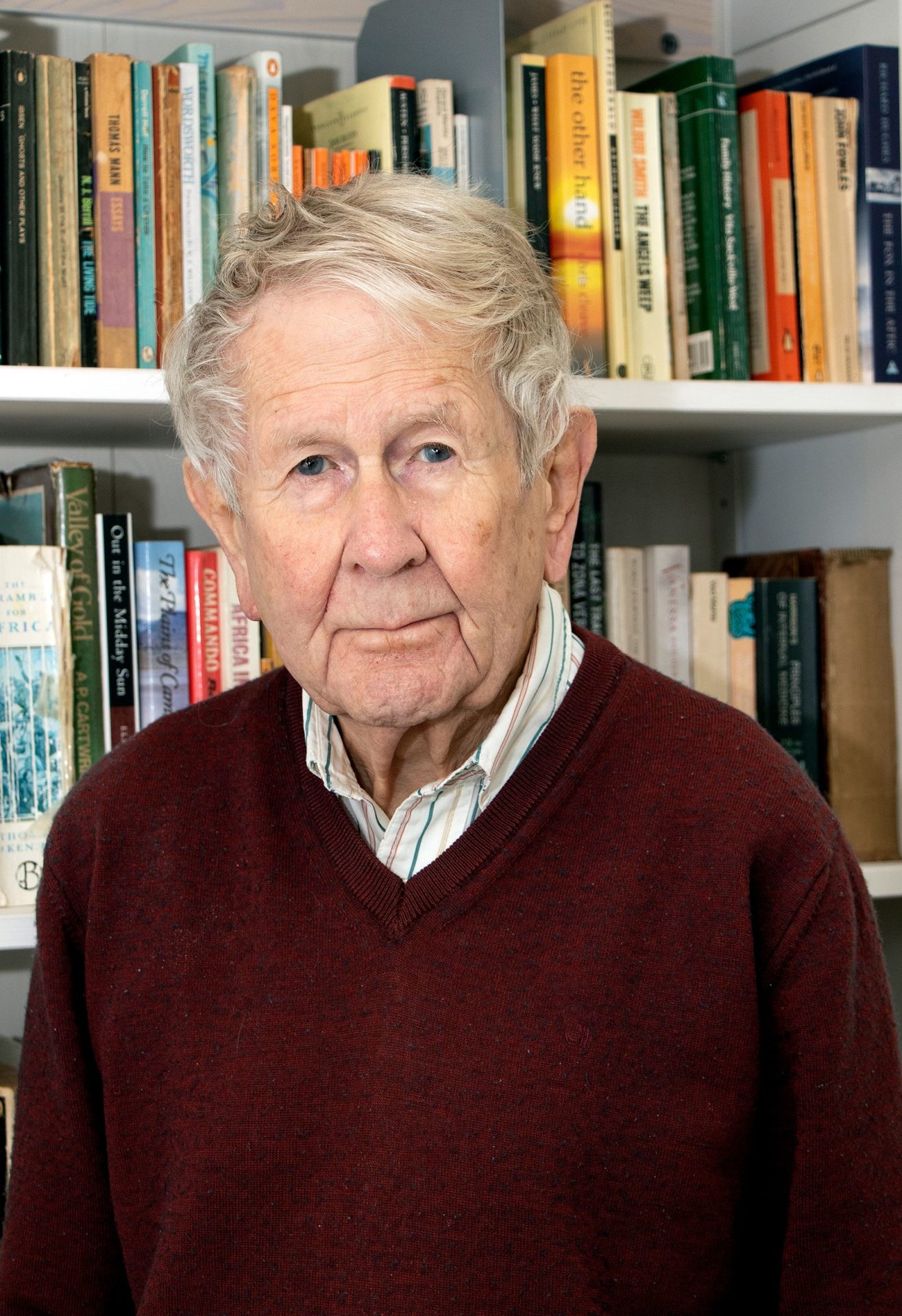 AN EARLY lambing season on a sheep farm near Dunlavin, Co Wicklow inspired William Paterson in his second novel ***What happened at Yonder***.

William’s latest book is the second novel in his Kirkwood trilogy and is set in Zululand.

William wrote the Baltinglass notes for ***The Nationalist*** for years, but was born and educated in KwaZulu-Natal, South Africa. He draws on his experience of growing up in South Africa to write his books and has an appreciation and knowledge of that country’s complex society.
After completing secondary school, he studied fine art at the Durban School of Art before winning an overseas travelling scholarship to London. On return to South Africa he switched careers by joining a newspaper group in Durban, then in Bloemfontein. From the knowledge gained he founded a specialist public relations company, from which he retired only in 2006.

William said that he became “sadly disillusioned and bored by being under constant threat of being held up at gunpoint” in the post-Mandela South Africa, so he emigrated to Ireland with his Irish wife, settling for some years in a house on a farm near Dunlavin.

“I’ll always be a ‘blow-in’, but my wife is pleased to be home and I have grown to love Ireland and its people,” said William.

The trilogy traces the fortunes of Donald Kirkwood and his family from 1919, just after World War I, to 1945 – a time of great upheaval internationally and locally in Natal, South Africa. The last book in the trilogy is poised to go into print soon.

Donald Kirkwood returned from an almost forgotten campaign of WWI against Germany in East Africa and had inherited sufficient money from his Scottish father to buy land and establish a cotton farm in Zululand. The territory had been preserved for the Zulus after their defeat in the Anglo-Zulu war, but powerful interests persuaded the town’s government to open the most fertile parts for white settler development.

Kirkwood, a farming greenhorn, had to come to terms with the understandable resentment of the Zulus who, in the main, refused to work on land which had been snatched from them.
He had to contend, too, with smouldering resentment from the Afrikaner Boers, who also hated the English-speakers after their defeat several decades earlier. Accordingly, Madras peasant farmers were brought over from India and indentured to work on these new estates, far from home.

The book is full of quirky characters, some of whom are Irish, with chequered pasts so the book is an entertaining read as well as reflecting the rapidly changing political landscape in South Africa.

“Anyone who loves Africa or wishes to gain a better understanding of the complex pressures on a richly mixed society would do well to dip into these books,” said William.
***What happened at Yonder*** and the first book, ***The snake in the signal***, are priced at approximately €15 and are available from many sources on the web, including Barnes and Noble, and Waterstones.