Tullow Show was a record success! 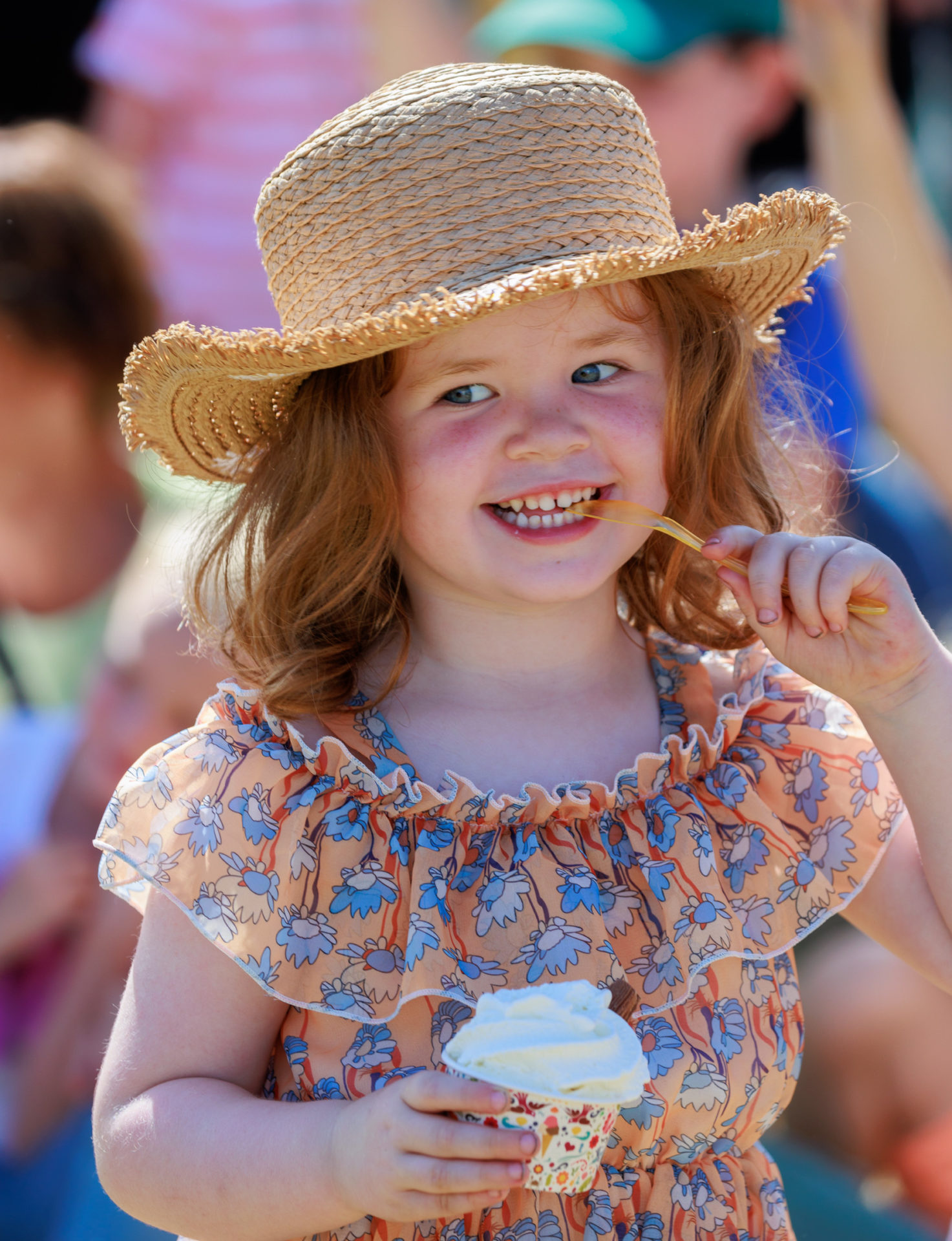 Caoimhe was all smiles at the Tullow Show. Photo: michaelorourkephotography.ie 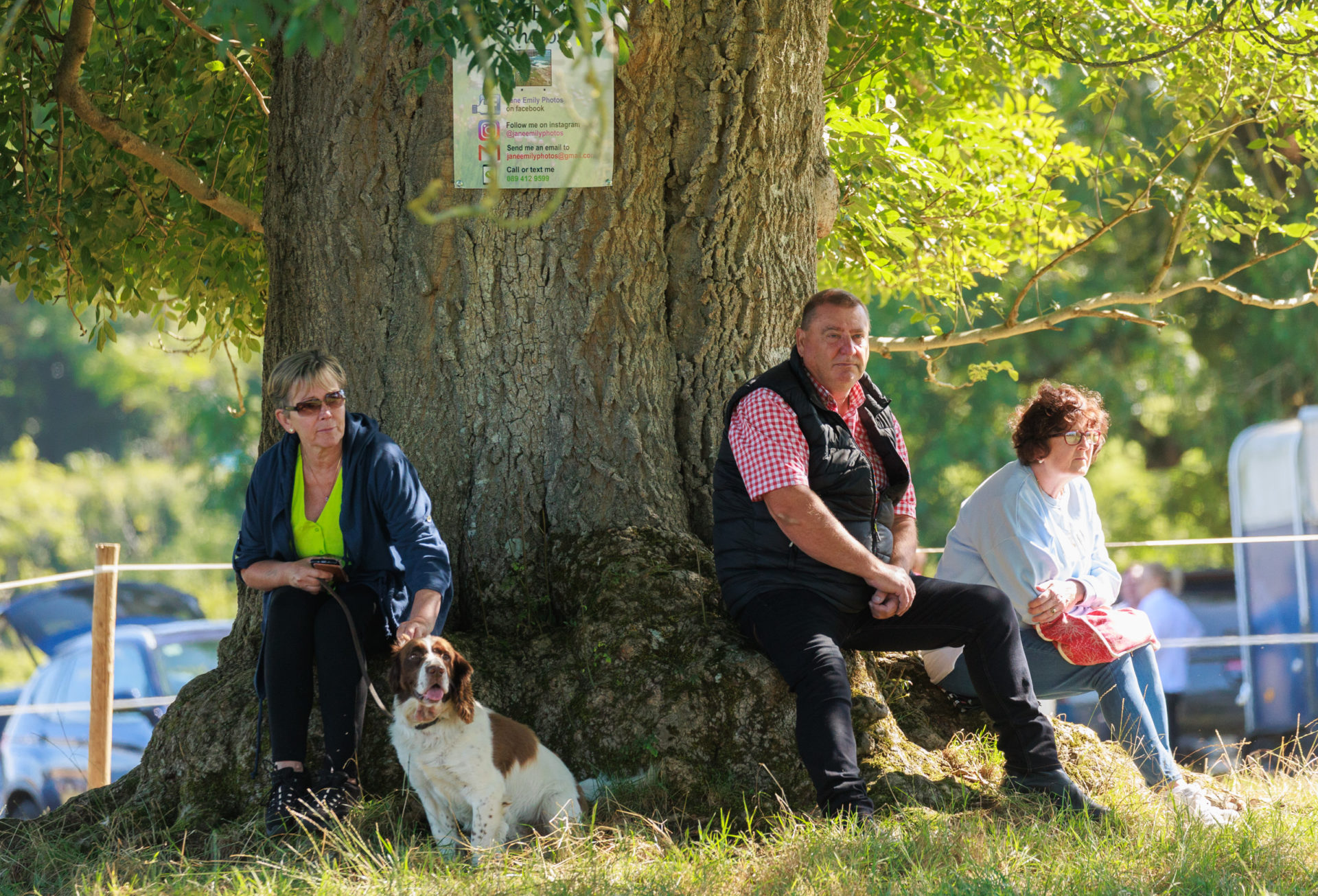 Getting some shade from the sun during the Tullow Show. Photo: michaelorourkephotography.ie 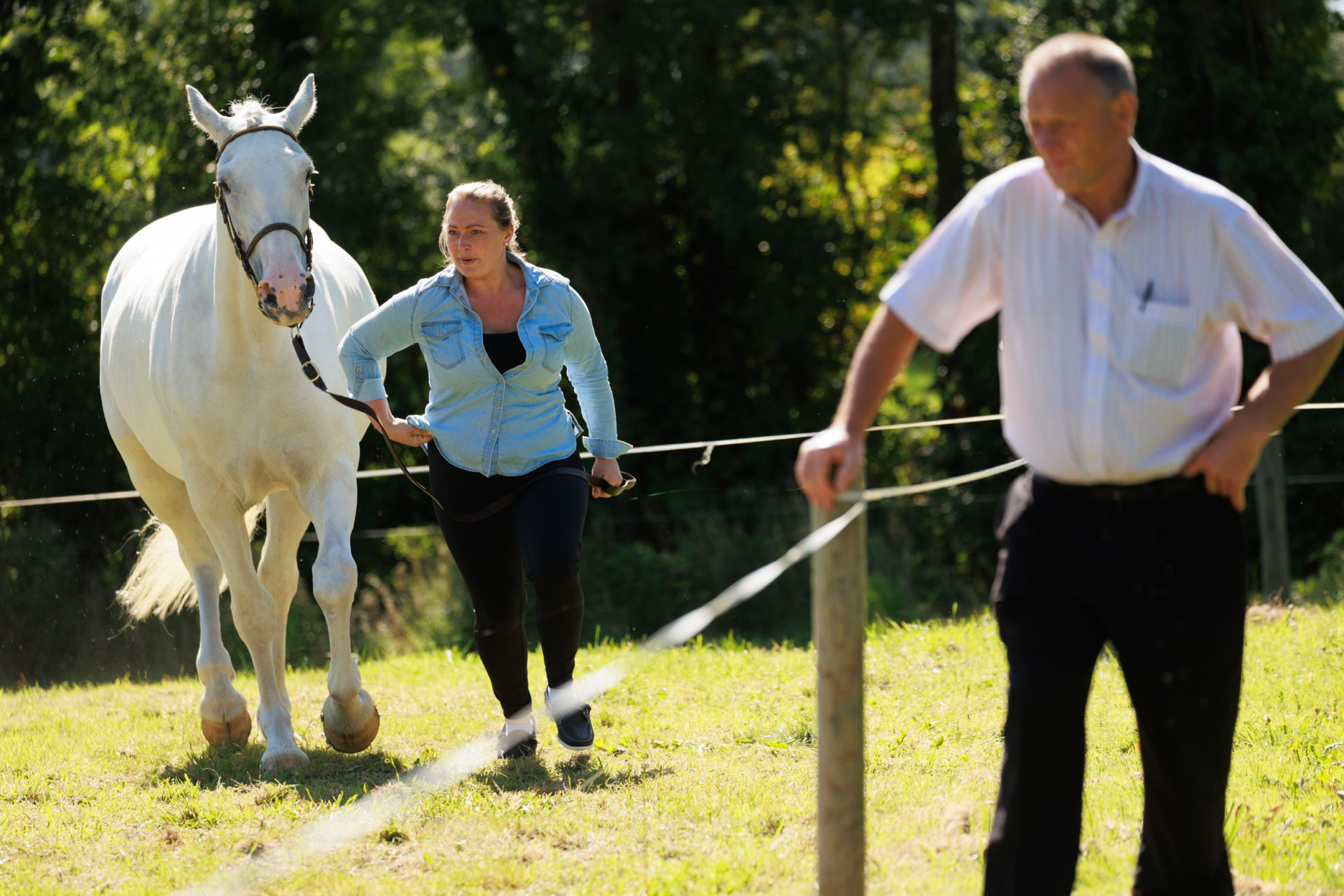 Louise Tutty trots with her brood mare round the show ring. hoto: michaelorourkephotography.ie 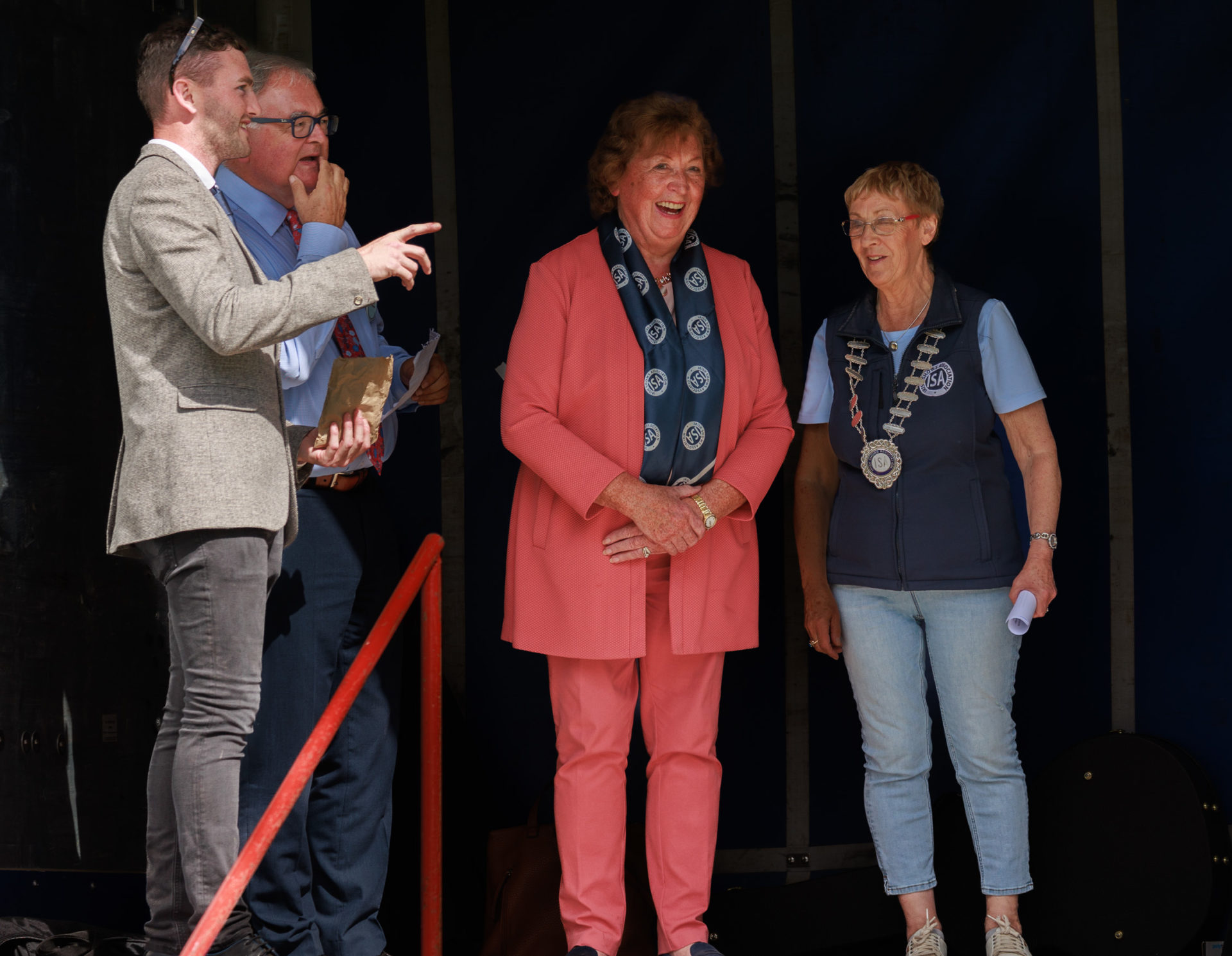 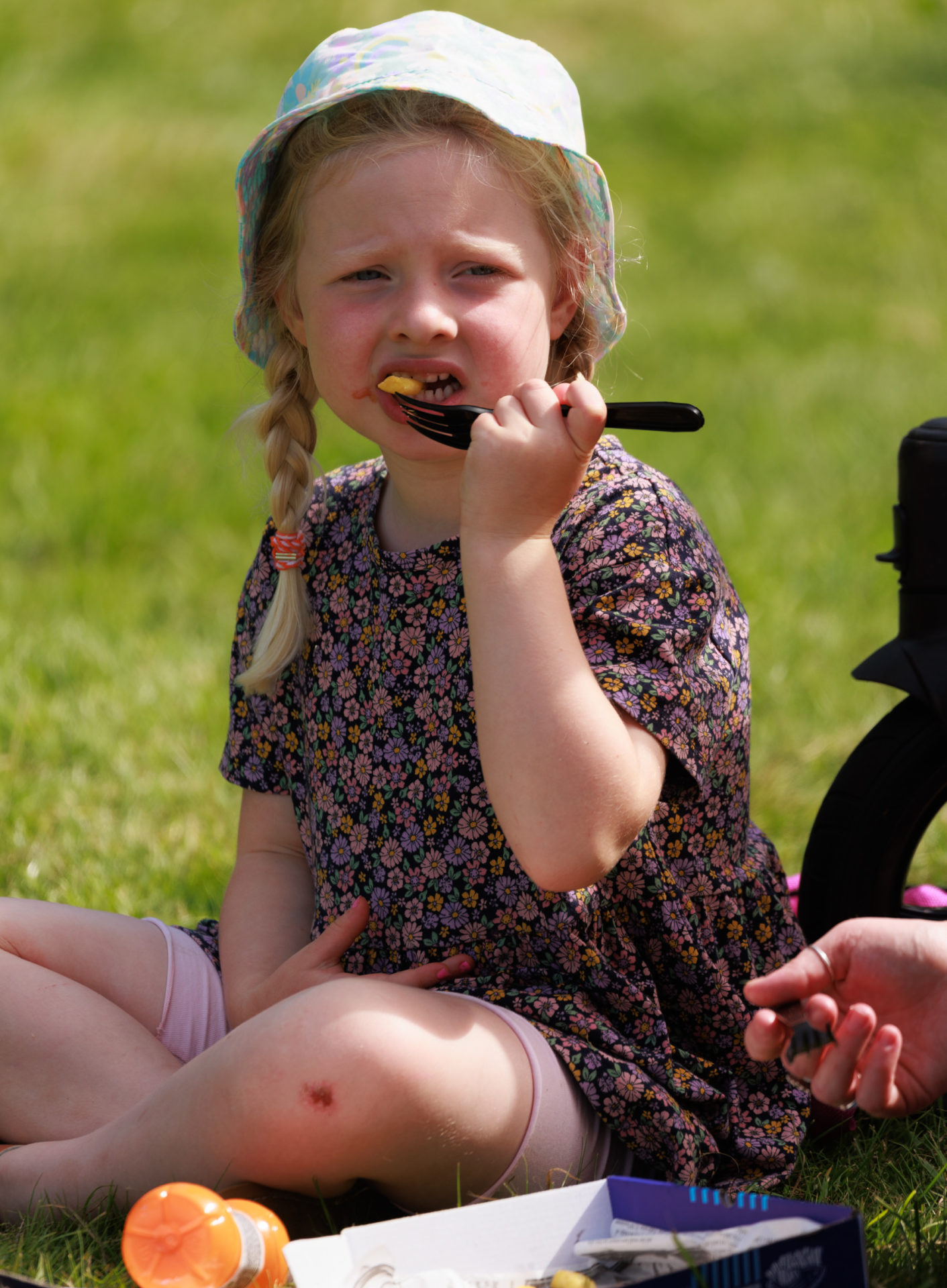 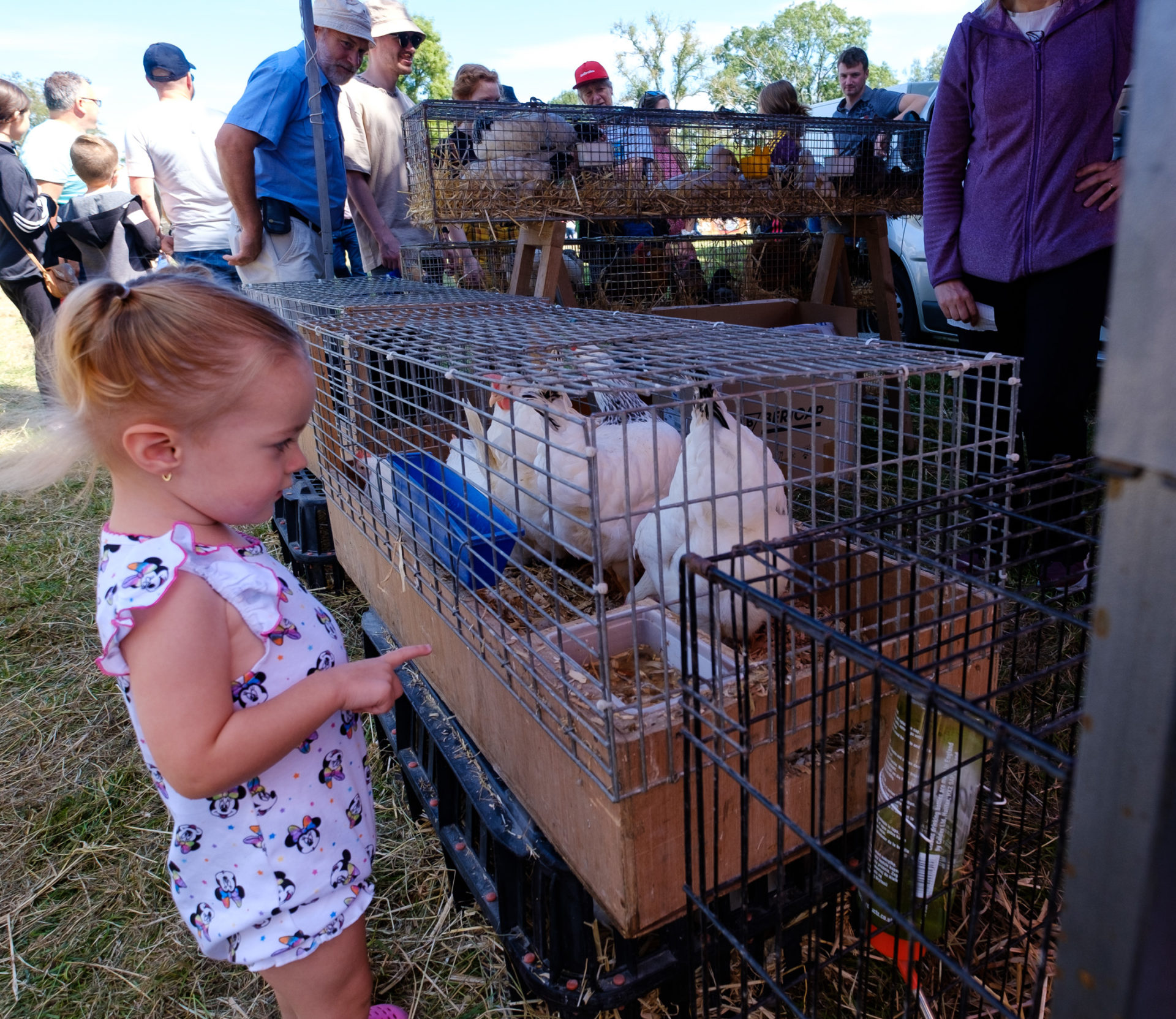 Hallie Hutton gets close up look at some of the chickens on show from Rathview Poultry during the Tullow Show. Photo: michaelorourkephotography.ie 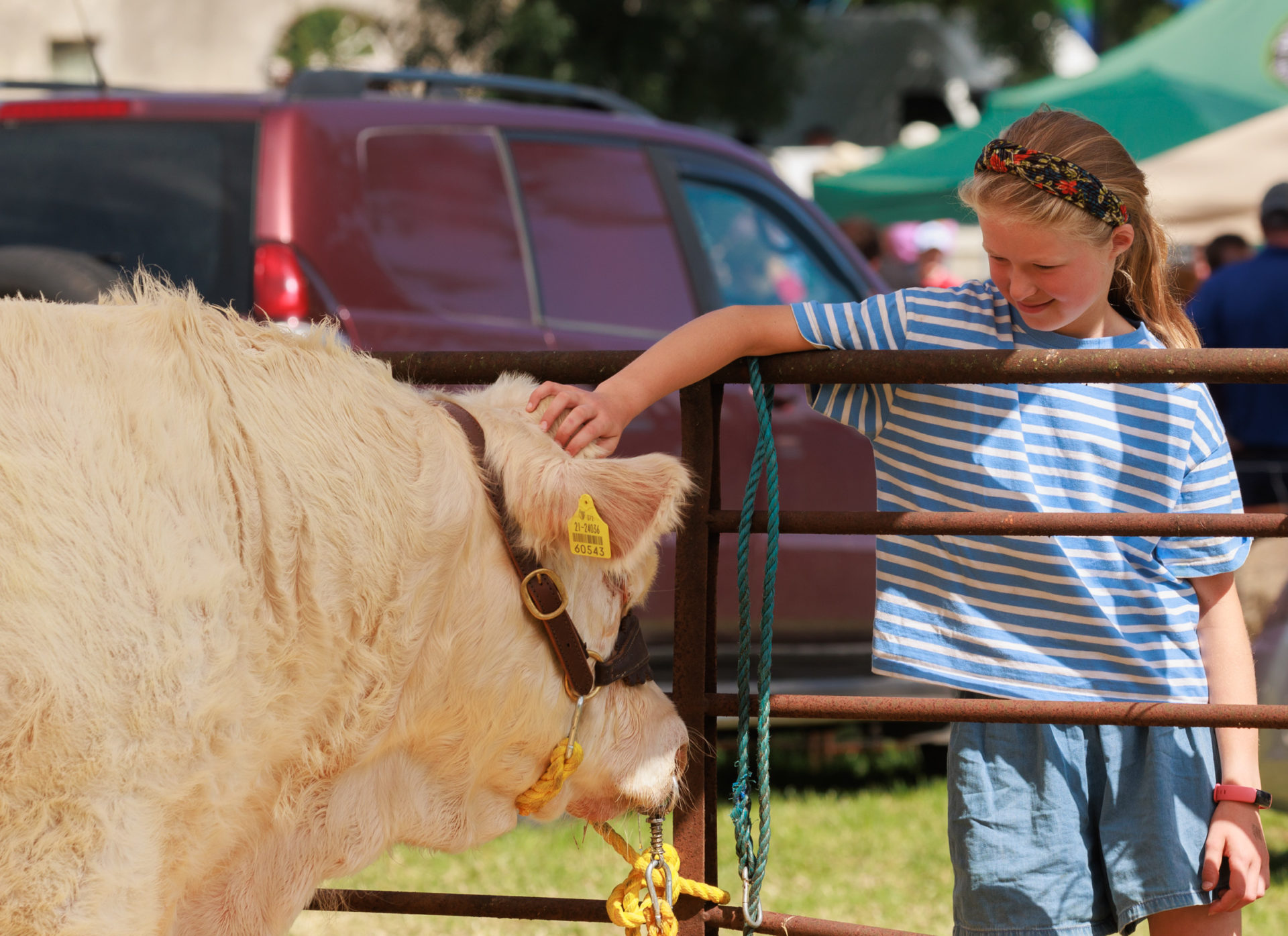 Anna Rose Hughes gets close up view of a Charolais Bull. Photo: michaelorourkephotography.ie

THERE were record attendances at this year’s Tullow Agricultural Show, with crowds of up to 20,000 flocking to the beautiful showgrounds of Coppenagh, just outside the town.

The long-running show had to take a hiatus of two years because of lockdown restrictions, but its return on Sunday 21 August was bigger and even better than ever.

“We needed all the support that we could get to return and we got it. Our sponsors were so supportive. We updated our schedule and changed around some categories, so it was fresh and updated. We ended up with 400 classes on the schedule, which brought in up to 3,000 entries,” said Shane Maher, PRO of the Tullow Agricultural Show committee.

The 72nd show was officially opened by Catherine Gallagher, president of the Irish Shows Association, along with Freda Kinnarney from the eastern region of the association.

And then it was time for fun! Farmers, foreign visitors, families and frisky teenagers all found something to enjoy at the diverse show.

There were ponies and retired racehorses, rare-breed livestock and any number of pedigree and non-pedigree dogs all vying for the much-coveted rosettes. Two of the most popular attractions for families were the showjumping competitions and the dog shows. while the serious end of livestock breeding was showcased, too. With a prize fund of €2,000 for the best breeding heifer, there was some serious competition among the contestants.

Other great attractions were the best flower and vegetable classes and baking competitions, the ICA tent, live cookery demos and a wonderful craft pavilion, with some 50 producers selling their products. A new business venture, Coppenagh House Farm shop, based in the showgrounds, was launched by Robert and Ciara Stanley and will be a permanent fixture on the farm.

Elsewhere there were hurdy-gurdies for the kids, dancin’ and drinkin’ for the young people and burger n’ chips for all the family. People made a day out of it and relaxed in the sunshine.

“It all went so well. People were complimenting the atmosphere, saying it was a fantastic day out. And even though we had record numbers of entries and visitors, there were no issues. Traffic management was by Grange football club and they played a blinder; it was brilliantly organised and we had up to 200 volunteers helping out. So thanks to everyone involved for making it such a success. It was great!” said Shane.