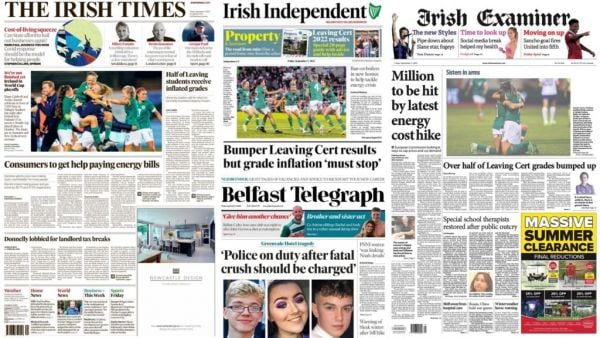 The Times highlights comments from Minister for Finance Paschal Donohoe that measures to ease costs will be implemented quickly after the budget, while the Mail says the Taoiseach wants households to cut back on their energy use. 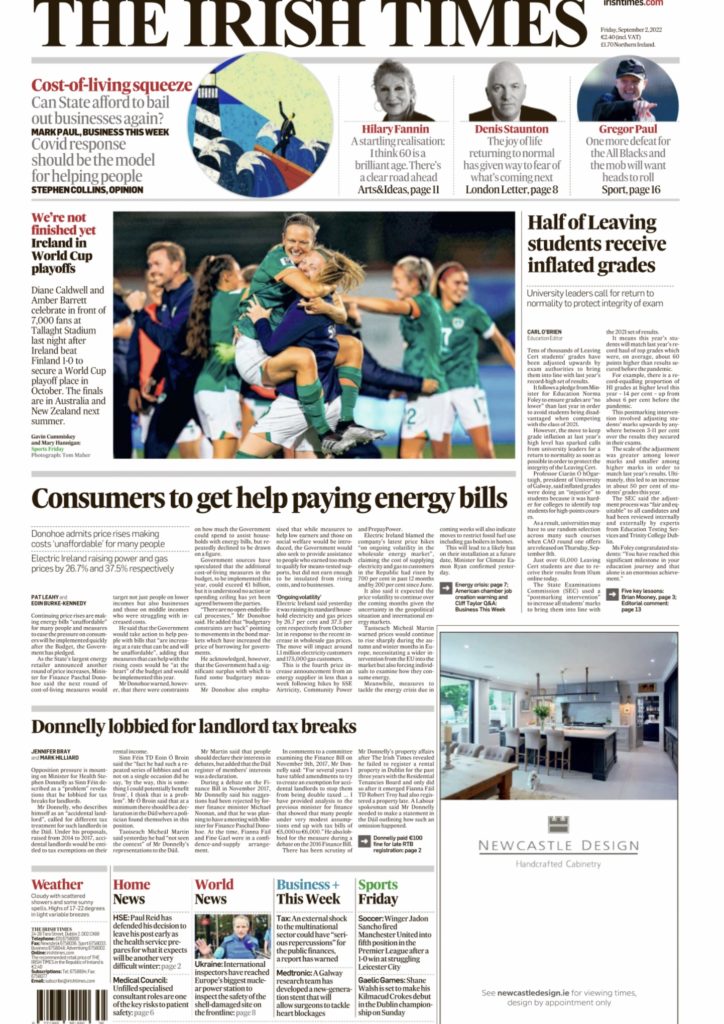 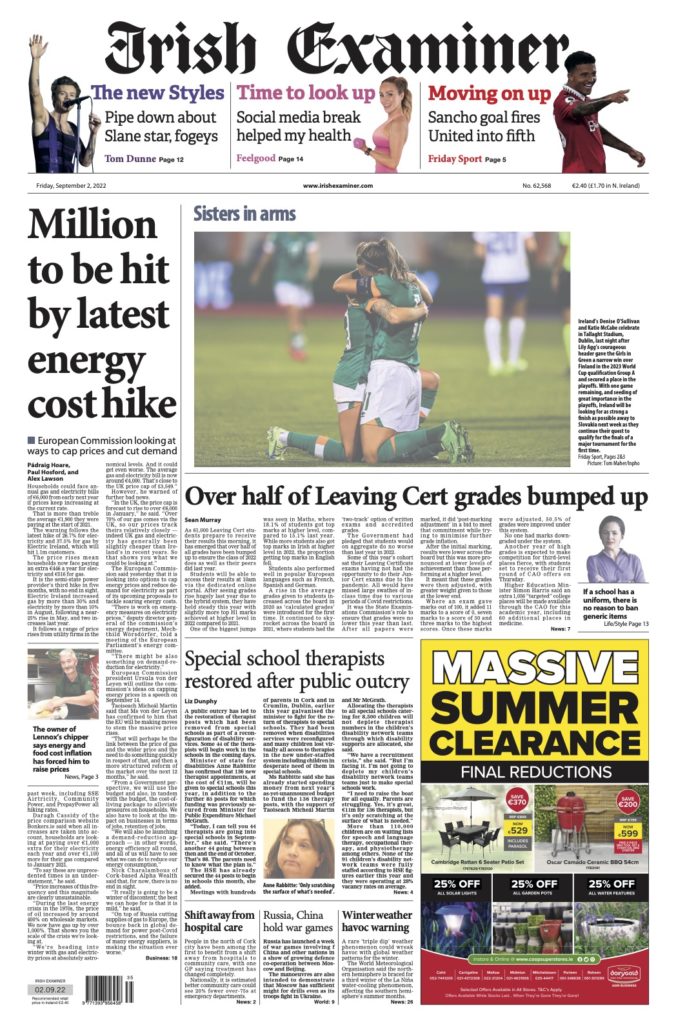 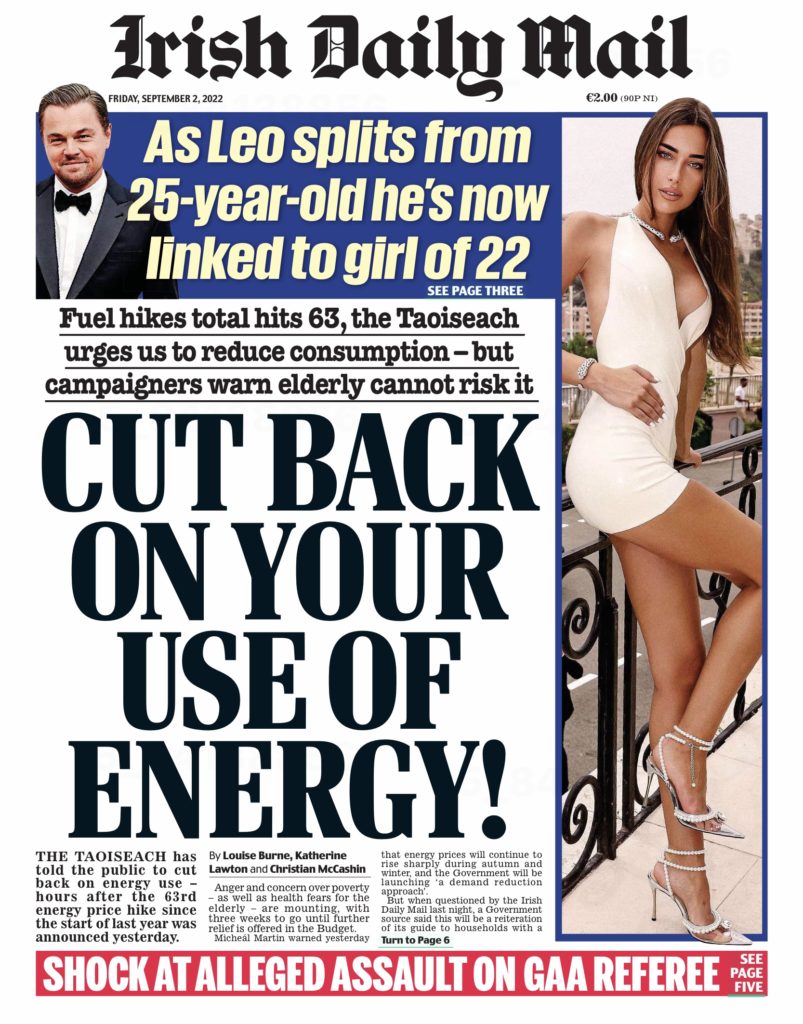 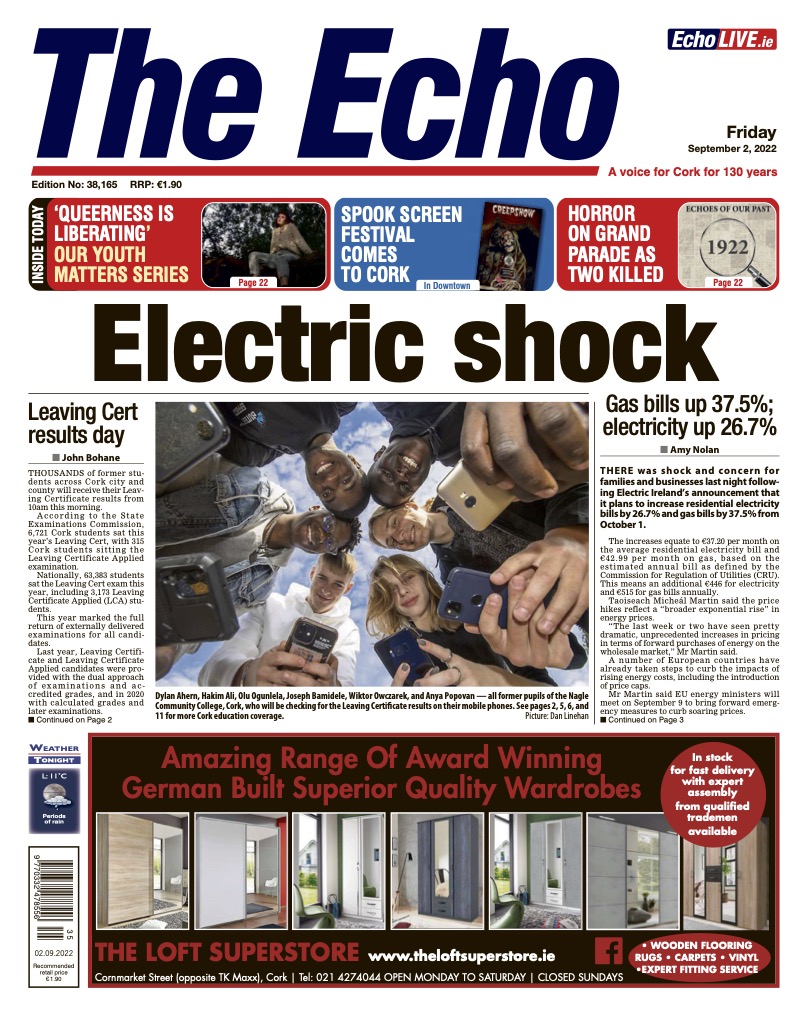 The Irish Independent reports that Leaving Cert students face a tight race for college places next week after the third year of bumper grades. 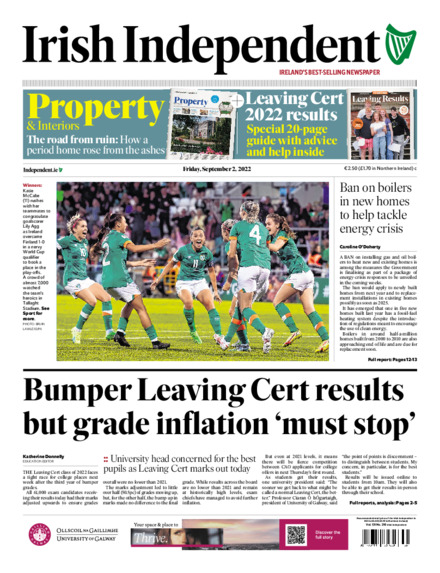 GAA officials have launched an investigation after a referee was assaulted at an underage football game, the Irish Daily Star reports. 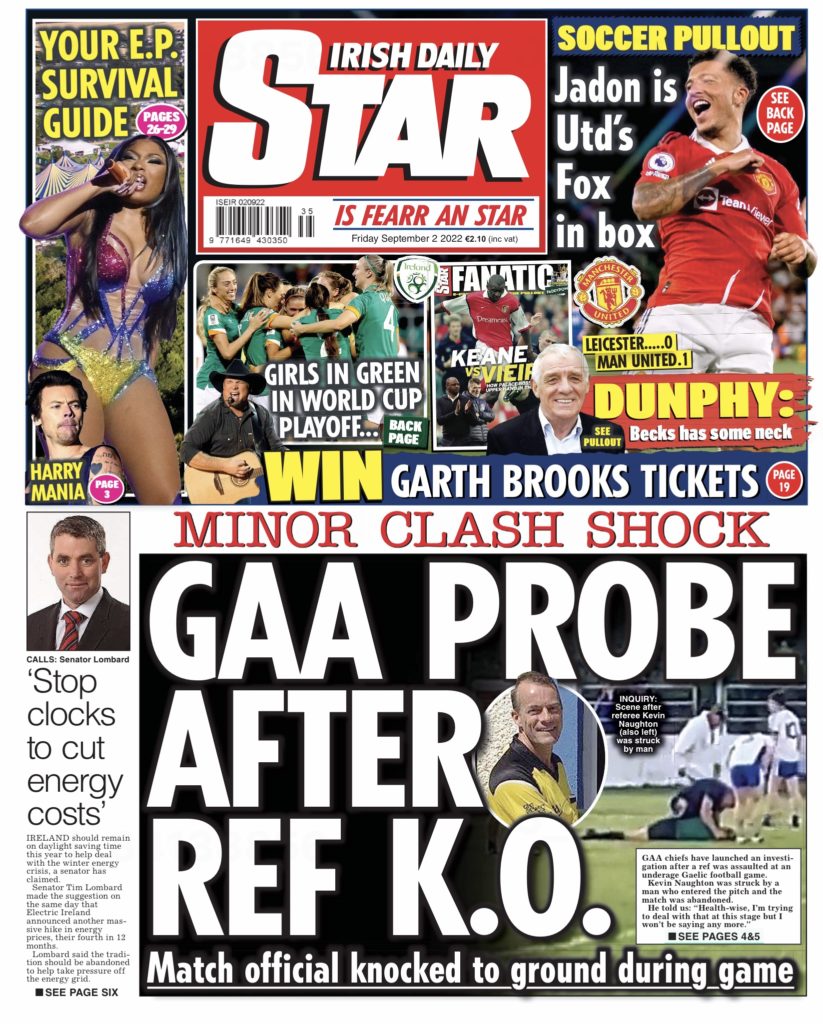 The Irish News and Belfast Telegraph both cover the Greenvale Hotel tragedy, after it was announced two men will be charged over the death of three teenagers in a crush outside a St Patrick’s Day disco in 2019. 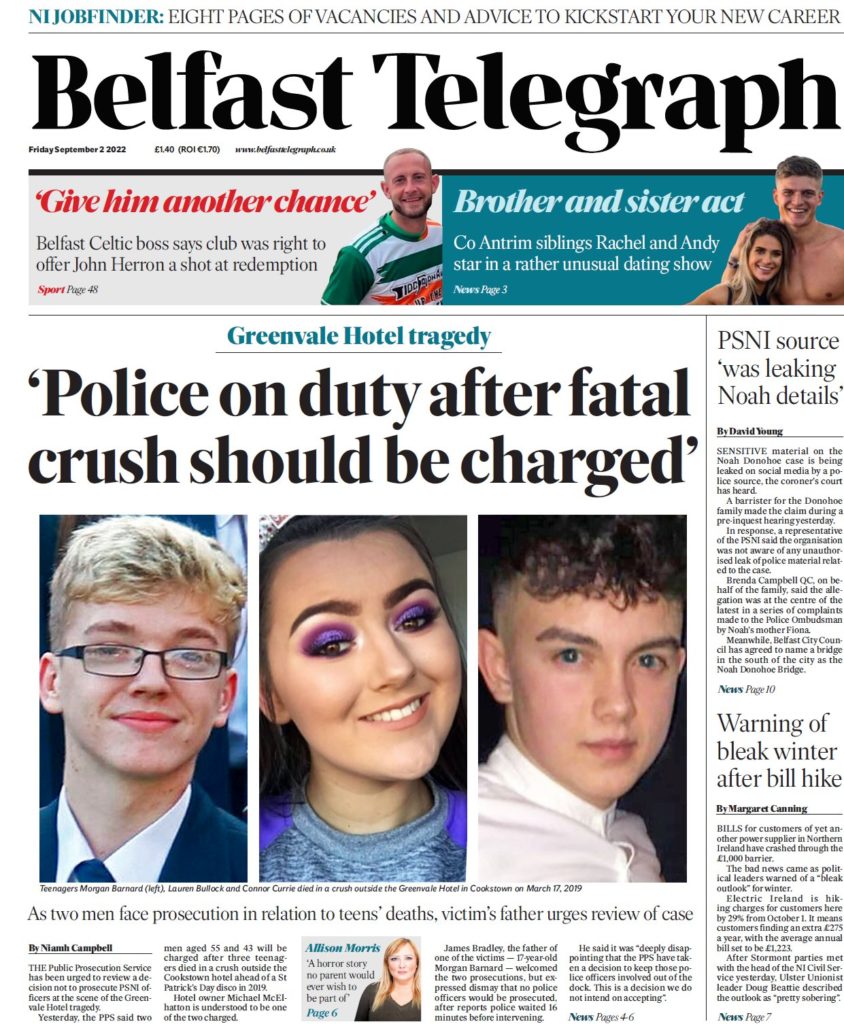 The British front pages feature a new report on partygate and different takes on how to solve the energy crisis.

The Daily Mail and the Daily Express lead on findings from Lord Pannick that reportedly say the inquiry into partygate is “endangering democracy”.

British health service vacancies have reached a “staggering” record high, according to The Independent, while The Daily Telegraph reports GPs were given “record pay rises” during the pandemic.

Our front page tomorrow @Independent #TomorrowsPapersToday@Rebeccasmt on the NHS vacancies crisis, @samueljlovett on new hope for skin cancer treatment and @mjcritchley on how the rest of the Premier League is dealing with Erling Haaland pic.twitter.com/q84esQ0Lkf

The i reports that advice from energy firms on how to tackle rising bills would cost “tens of billions” in taxpayers’ money.

Two out of three police forces have seen an increase in gun crime, according to The Guardian.

CCTV footage of the man who allegedly shot nine-year-old Olivia Pratt-Korbel is front page of the Daily Mirror.

Metro leads on the passing of British broadcaster and journalist Bill Turnbull.

Vladimir Putin has broadened the score of his war in Ukraine, according to the Financial Times.

And the Daily Star says “genius Bozo” has solved the energy crisis.