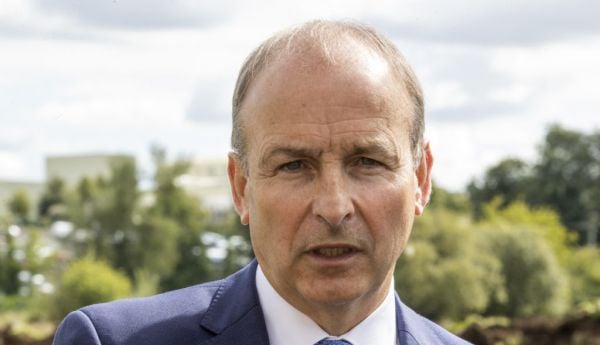 Controversial legislation that would empower UK ministers to take unilateral action over the Northern Ireland Protocol is “testing and fraying” the partnership between Britain and Ireland, the Taoiseach has said.

Micheál Martin warned in a speech to the British-Irish Association conference in Oxford that the move risks “further instability” in Northern Ireland, saying it will damage key sectors of the economy.

The British government is pushing forward its Bill to give ministers powers to scrap the checks on Irish Sea trade created by the post-Brexit protocol which was jointly agreed by the UK and EU as part of the Brexit Withdrawal Agreement to keep the Irish land border free-flowing.

A special honour to speak at this conference on the 50th anniversary of the British-Irish Association.

You should rightly be proud of all you have done fostering new conversations and engagements – often at very difficult times. pic.twitter.com/VSM2SRZF6u

Mr Martin said the unilateral action on the protocol and the Troubles legacy legislation is at “odds with the spirit of partnership” of the Good Friday Agreement.

The Taoiseach also said that Brexit has “fundamentally changed” the relationship between the UK and the EU.

“It is critical therefore that we find a way through this undeniably difficult phase to build better relationships,” Mr Martin added.

“Regrettably, unilateral action on the protocol and on legacy is at odds with the spirit of partnership that is needed to underpin the Good Friday Agreement.

“It is testing and fraying that partnership between us. It risks further instability in Northern Ireland and damage to key sectors of the economy.”

The Fianna Fáil leader also noted that a new leader of the Conservative party and a new prime minister is to be confirmed on Monday.

Wishing Boris Johnson’s successor well in “challenging times”, Mr Martin said he wants to work with the next prime minister in an “open and constructive way”.

“I sincerely believe that the EU would respond positively to a serious and genuine signal from the new British prime minister that their priority is to reach an agreed outcome on the issues around implementation of the protocol,” he added.

“Brexit marked a fundamental change in the EU-UK relationship, and the type of Brexit chosen by the British government has meant that the trading relationships on these islands have been fundamentally altered.

“That made finding a new set of arrangements – one that would not, and could not be, a return to the trading arrangements that operated before Brexit – absolutely imperative.

“I am deeply concerned about the British government’s legislation which would unilaterally undo core elements of the Northern Ireland Protocol.

“Concerned by what it means for the partnership approach we want to see between the EU and the UK; concerned by the wider message it sends about a rules-based international order; and, most of all, concerned because it is neither in the interests of the people of Northern Ireland nor what they want.”

He also said the failure to form a devolved government in Northern Ireland was to the “detriment” of the public.

He described it as a denial of the mandate given to political parties in the May elections.

“What we are faced with is the decision of one political party not to participate in the Northern Ireland Executive, and by so doing, damaging the functioning of the institutions of the Good Friday Agreement. It is unacceptable,” Mr Martin added.

“I have been completely consistent on this issue and expressed my views in the same terms when Sinn Féin withdrew from the Executive in 2017.

“When the Executive broke down on previous occasions the two governments and the political parties worked together to resolve issues, make progress and restore the Institutions.

“That should be our approach now also, with issues regarding the Protocol addressed in parallel through EU-UK talks.”