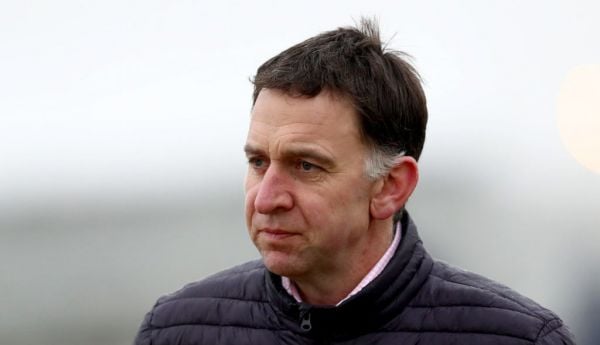 The teenage jockey who died in a beach race meeting in Co Kerry has been named as trainer Henry de Bromhead’s son.

Jack de Bromhead (13) suffered fatal injuries after being thrown from his horse at the Glenbeigh Racing Festival.

The incident happened during the fifth race on the card at about 5pm on Saturday evening.

According to the Irish Examiner, the teenage boy’s horse “stumbled badly”, sending Jack into the tide before then falling on him.

It is understood that emergency services did their best to revive the boy, but he died at the scene.

A beautiful young boy Jack De Bromhead pictured here by ⁦@BarryDonal⁩ 7 days ago in Cahersiveen after winning a pony race💔💔 6 days later he loses his life on Rossbeigh Beach doing what he loved best😢His Dad Henry was in Cahersiveen and gave a beautiful interview RIP Jack pic.twitter.com/fFDGY6gMOD

“It had nothing to do with the conditions,” one onlooker told the Examiner, in response to suggestions that poor weather may have played a part in the tragedy.

“The rain had eased off, although there had been a huge shower just beforehand,” they said.

“It is the biggest tragedy of all, a nightmare for any family,” they added.

Thoughts and prayers with the de Bromhead family. A 13 year old boy taken doing what he loved.The poor family. The heart hurts .

Mr de Bromhead (49) and his wife, Heather, have two other children, Mia and Georgia. Mia is Jack’s twin.

Jack had ridden out thoroughbreds at his family’s yard and had recently become involved in pony racing, riding a winner at a meeting in Cahersiveen, Co Kerry, last week.

“He was with us in Cahersiveen last weekend and we had a tremendous weekend, and we had only just wished Glenbeigh Races the best for this weekend,” Cathereine Cournane of the Cahersiveen races committee told The Kerryman newspaper.

“On behalf of the Cahersiveen Races committee, our deepest condolences to the young man’s family, to his extended family, friends, and racing community.

“It’s a terrible, terrible tragedy when someone so young can lose their life doing something that’s bred into them,” she added.

A Garda spokesperson confirmed that gardaí and emergency services had responded to an incident at Rossbeigh Beach in Co Kerry at approximately 5.20pm.

“A male in his teens received treatment at the scene following the incident but was later pronounced deceased,” the spokesperson said.

They said the young man’s body was removed to the morgue at Kerry University Hospital in Tralee.