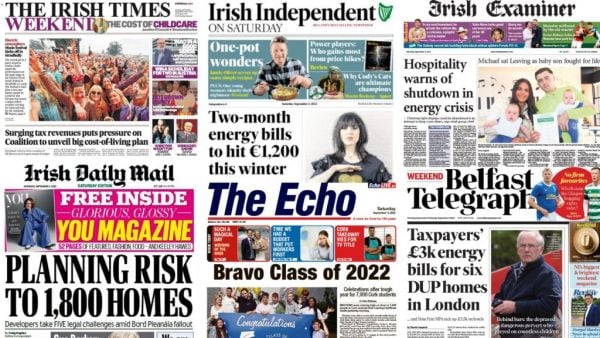 The Irish Times reports that surging tax revenues have boosted the Government’s financial position and provided it with an unprecedented war chest ahead of the budget later this month. 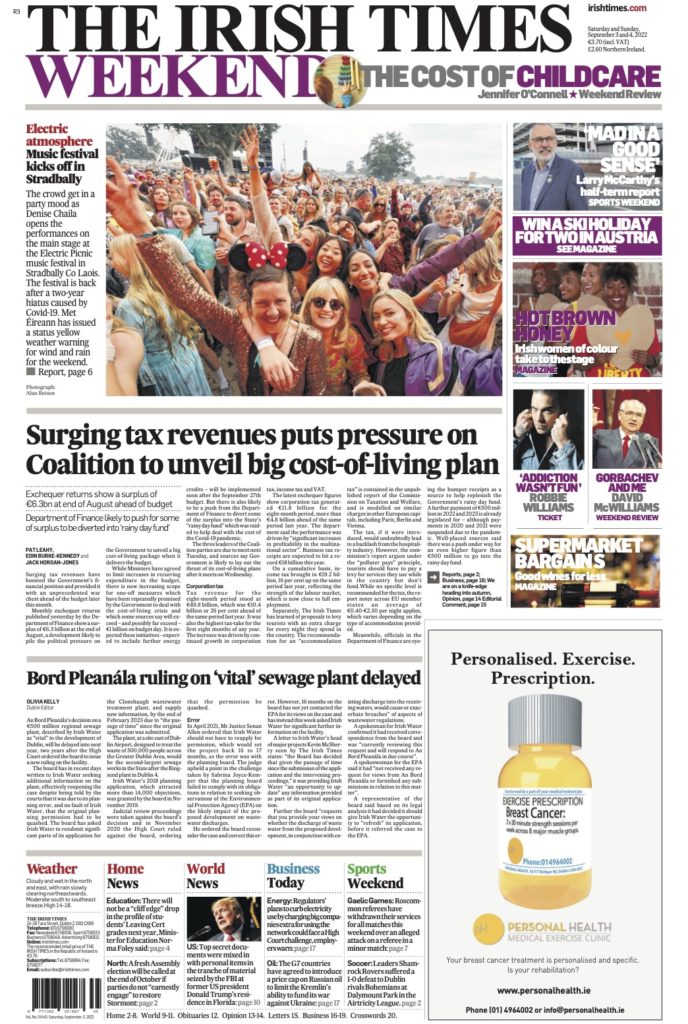 Hotels, restaurants, cafes, pubs and shops could be forced to close for long periods over the winter due to soaring energy costs, the Irish Examiner says. 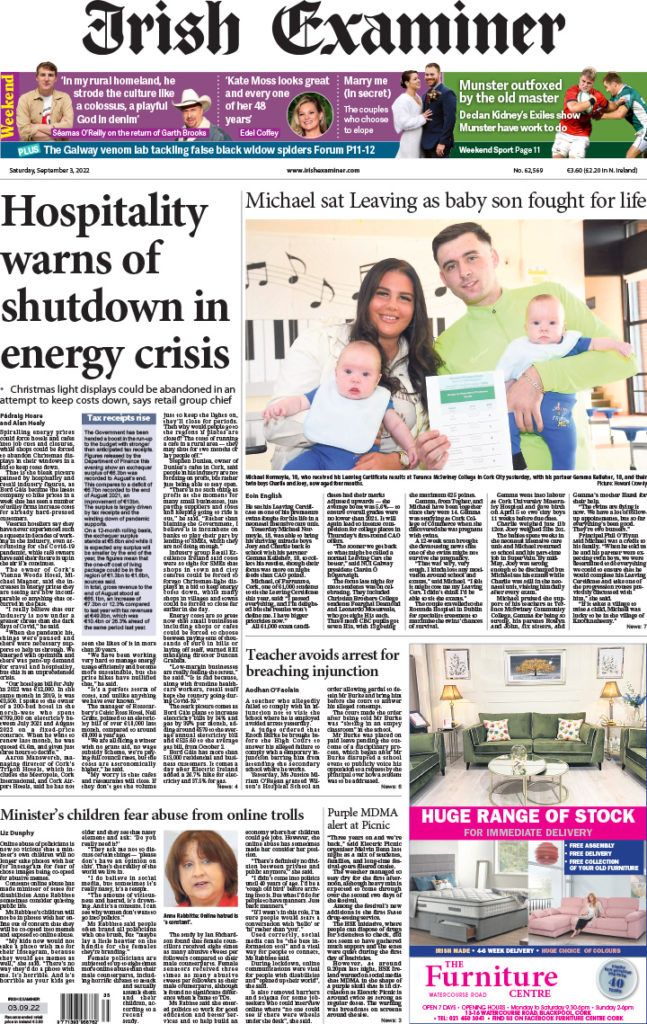 The Irish Independent also puts the energy crisis on its front page, claiming that households face bills of €600 each for gas and electricity this winter. 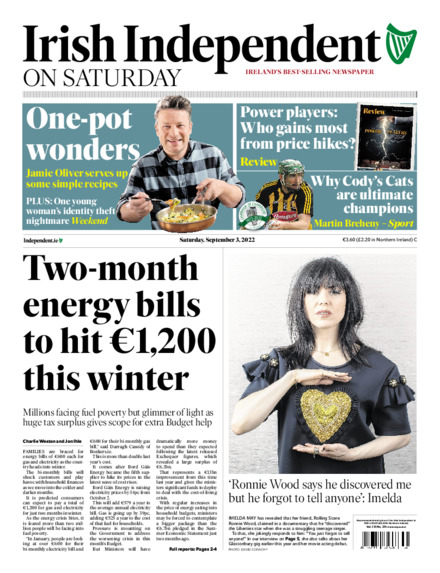 Planning permission for more than 1,800 homes could be overturned amid the fallout over the resignation of the former deputy chairman of An Bord Pleanála, the Irish Daily Mail reports. 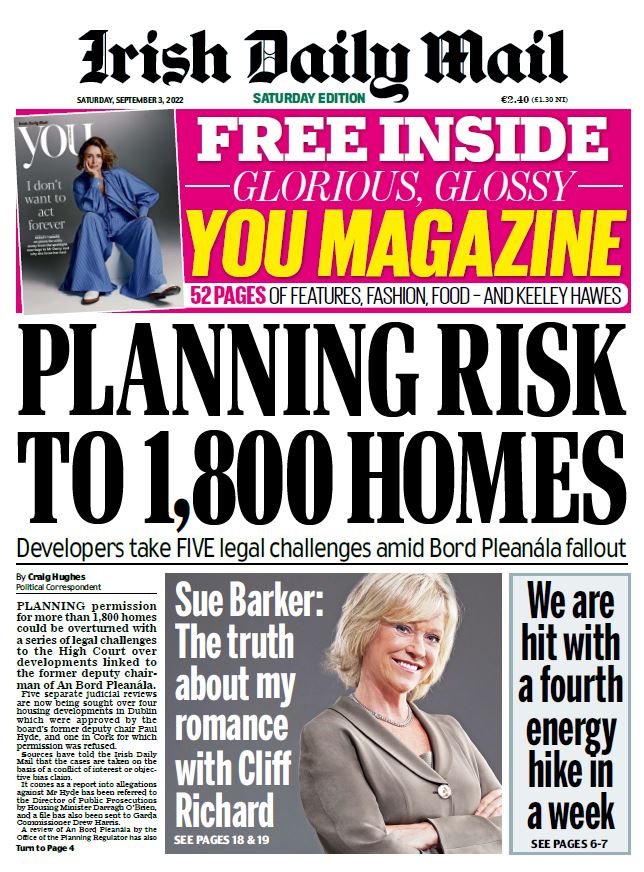 The Belfast Telegraph says the DUP is charging taxpayers more than £3,000 in energy bills for their London homes. 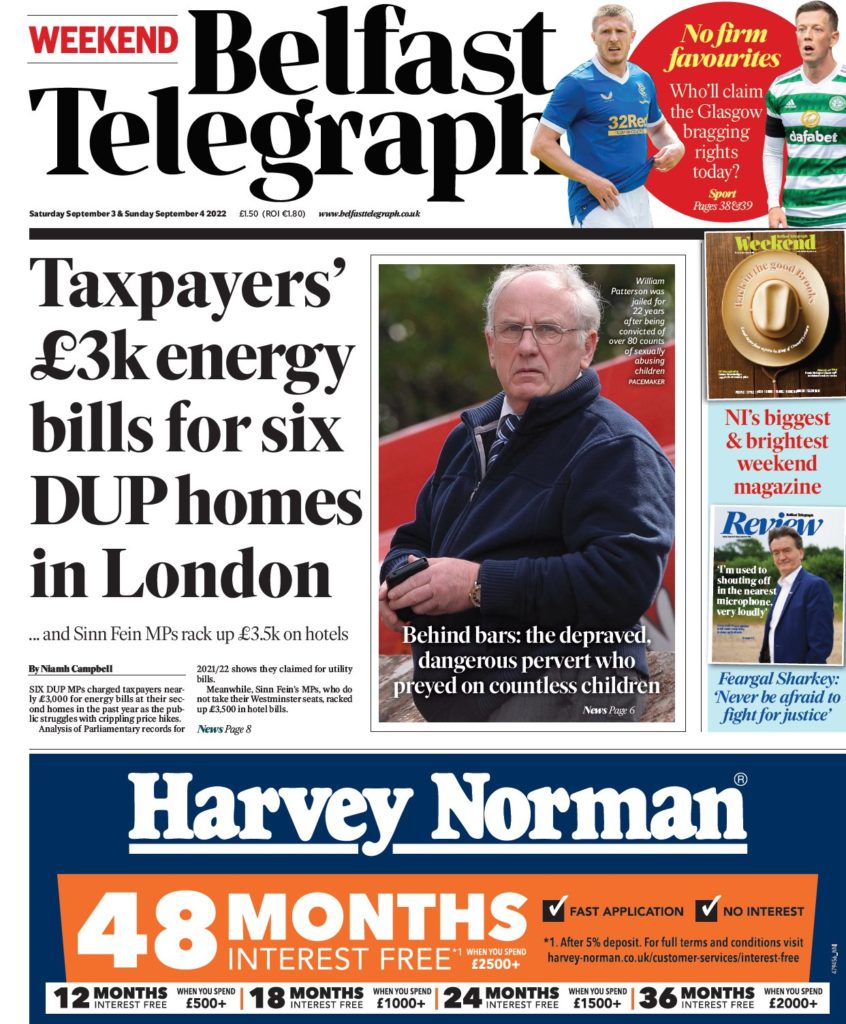 The Echo celebrates the success of Cork Leaving Cert students on its front page. 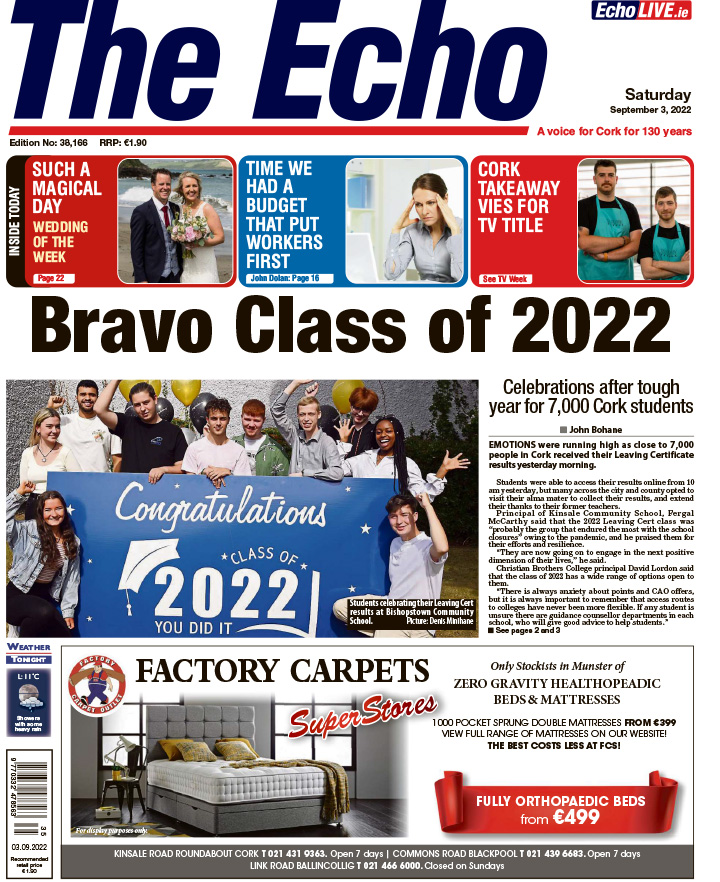 The British papers have a political focus while the UK waits to discover who its new prime minister will be.

The iWeekend reports the Conservative Party fears the “wrath of voters” as a poll found 80 per cent think the British government is failing to tackle the energy crisis, while The Daily Telegraph says Liz Truss will have a plan “on day one”.

‘Energy plan on day one for Truss’#TomorrowsPapersToday

The Daily Express says the UK government is a “war footing” for a snap election, while the FT Weekend says Ms Truss’s plans risk a £60 billion budget hole.

The Daily Star says the energy crisis will “ruin” Christmas.

Meanwhile, a police chief has written in The Guardian to criticise some of the British foreign secretary’s law and order proposals.

MPs face “mounting pressure” to halt the partygate probe, according to the Daily Mail.

The shutdown of gas from Russia to Europe is front page of The Times and The Independent.

The Daily Mirror reports on the Queen’s “new health blow” with claims of mobility problems.

And Hooters has sponsored an under-tens football team in Notts, according to The Sun.