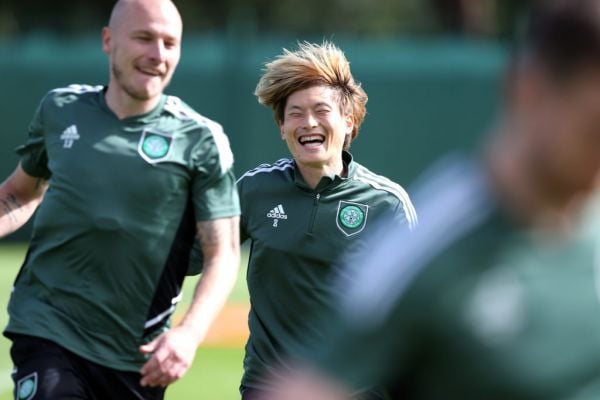 Celtic manager Ange Postecoglou received a boost ahead of the Champions League clash with Real Madrid when Kyogo Furuhashi took part in training.

The Japan forward went off five minutes into Celtic’s 4-0 win over Rangers on Saturday after hurting his shoulder in a challenge with John Lundstram.

Furuhashi, who was replaced by Giorgos Giakoumakis, was back on the training pitch at Lennoxtown on Monday morning ahead of the visit of the European champions on Tuesday.

There remain doubts over the fitness of Carl Starfelt, who went off with a knee problem in Saturday’s derby.

Moritz Jenz replaced the Sweden centre-back early in the second half to make his fifth appearance of the season.