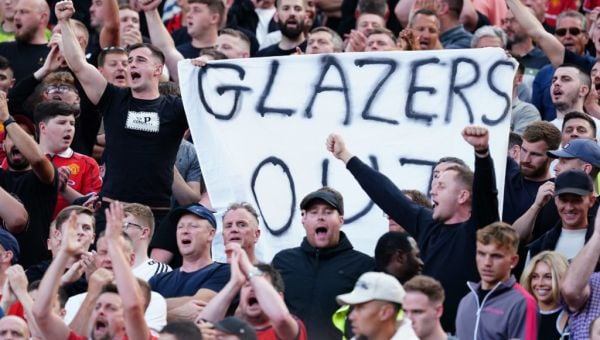 The Glazer family have put a £3.75billion price tag on Manchester United, according to the Daily Mail. The paper reports the unpopular owners are hoping to tempt interest from Dubai.

The same paper says Crystal Palace is planning to launch a £20million bid for Chelsea midfielder Conor Gallagher in January if the 22-year-old fails to nail down a regular starting place at the Blues.

Elsewhere, Arsenal defender Nuno Tavares has revealed he wanted the option to leave the club permanently as he sealed a loan move to Marseille, the Daily Mirror writes – via RMC Sport. The 22-year-old joined the Ligue 1 giants on a season-long deal after just one season at the Emirates Stadium.

And the Liverpool Echo says Juventus have their sights on Liverpool forward Roberto Firmino. The Italian club are reportedly planning to make a move for the 30-year-old in January.

🗣”It’s not a concern, it’s just the situation. It’s all fine for the moment.”

Harry Kane: Bild reports the 29-year-old has been told to reject a new contract at Tottenham, with Bayern Munich said to be weighing up a move for the striker.

Arthur Melo: Calciomercato writes that Liverpool ended up with the 26-year-old midfielder after being rejected by midfielder Denis Zakaria when he opted for Chelsea.