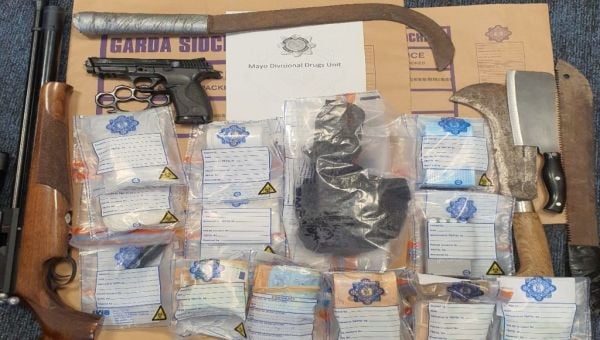 Gardaí have seized a large sum of cash and a quantity of drugs following a search operation in Co Mayo, resulting in the arrest of one man.

As part of Operation Tara officers from the Mayo Divisional Drugs Task Force searched a number of properties in Castlebar on Monday.

During the course of the searches €48,000 in cash was discovered in addition to quantities of cocaine and cannabis.

Gardaí said the drugs had an estimated value in excess of €9,000.

The man, aged in his 40s, was arrested following the searches and is currently being detained for questioning at Castlebar Garda station under section 4 of the Criminal Justice Act 1984.

The drugs have been sent for further analysis and gardaí said investigations are ongoing.