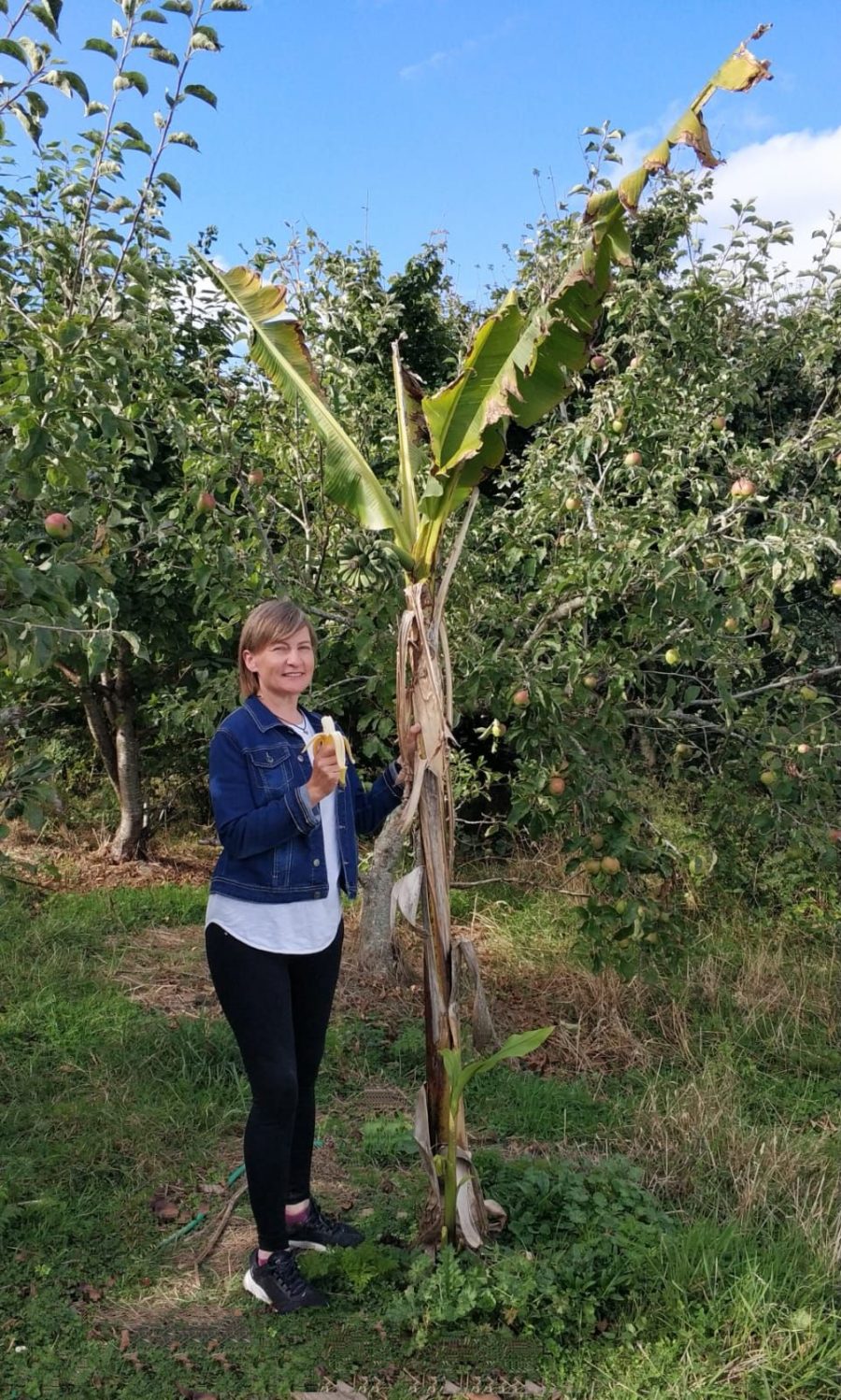 Angela Collins with her banana bearing plant in Old Leighlin

IT’S BANANAS, but you can actually grow bananas in Co Carlow.

Banana plants are typically grown in Ireland for their striking leaves, but Angela Collins was stunned to see little green bananas growing in her garden at Bannagagole (or Bananagagole), Old Leighlin.

Angela had the plant for three years and up until March it was in her polytunnel.

“It was getting too big; I was fearing for my polytunnel! I just put it outside earlier this year and this just came out … it’s a first for me!”

“Did you ever see ***Alien***, the pods they come out of? It opened layer by layer and these little tiny bananas with a flower came out of it.”

Angela believes that a combination of factors led to the plant bearing fruit.

“I think the shock of being brought out of the polytunnel did it. I like to say it was the heat as well! It’s been like the tropics here.”

Angela hopes to pick some of the bananas in a few weeks, but has no great expectations of making a batch cook of banana bread.

“I think they could do with a bit more fleshing out. A few of them are more or less a skin,” she said. “Once the bananas come out of it, apparently that’s the plant done for. But there is a side chute coming out, so hopefully that’s a plant for next year.” 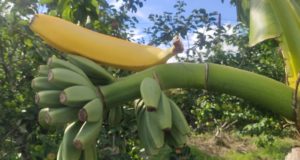