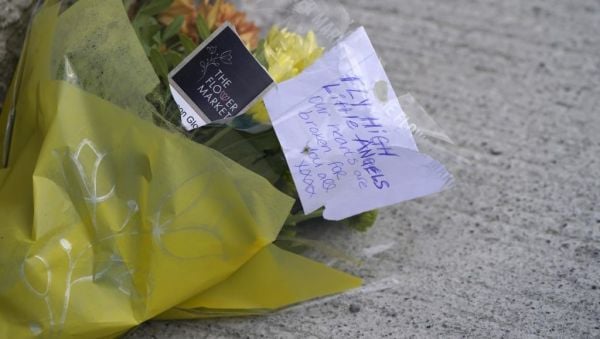 A school principal has said that the community is in shock after the deaths of three siblings in a violent incident in Dublin at the weekend, as he paid tribute to the eldest victim.

The three victims have been named as Lisa Cash, 18, and her eight-year-old twin siblings Christy and Chelsea Cawley.

The victims’ 14-year-old brother was taken to hospital with serious but non-life threatening injuries, and their mother, a woman in her 40s, was released from hospital on Sunday and is currently being supported by her family.

A man aged in his 20s who was arrested following the deaths remains in custody, gardaí said.

Officers were called to a property in the Rossfield estate in Tallaght at about 12.30am on Sunday.

“She was a quiet, beautiful young girl, very diligent, hard-working. Got on with her work. Was a great support to her friends in times of trouble, I heard that from a number of people yesterday,” he said.

“She is remembered as one of the most honest, genuine young people, full of integrity and no fuss, no drama around her. Got about her business and was hugely, highly regarded and very warmly remembered by so many staff members here in the school.

“I couldn’t get over the things that people were saying about her. Just a lovely, lovely person, hugely highly regarded and will be terribly, badly missed. And a lovely big sister to her brothers and sisters as well.

“I believe she was babysitting at the time, and that would have been something that she was just so good at. She was the kind of person you could trust. That’s the person Lisa was.”

He said that people were “in shock”, and that the close-knit Brookfield community would “reach out and mind each other” at this difficult time.

“We are all just meeting each other and shaking our heads and giving each other hugs and things like that. It’s a very difficult morning.”

Mr Shortall said he had liaised with the principal of the primary school that Christy and Chelsea had attended on how to respond to the “unprecedented” tragedy.

“The three schools, the junior primary school as well in the area, we will be front and centre and right in the middle of this for the next while,” he said.

Minister for Foreign Affairs Simon Coveney said that the story “has stunned a lot of people”.

“Like so many other people, I was just so shocked to read about what happened to two beautiful children and a young teenage girl.

“For the community in Tallaght, for the school communities and obviously for the family members and friends of the deceased, this is really an incredibly shocking, tragic time.

“Our thoughts are with them and I think I speak for an awful lot of people when I say that.”