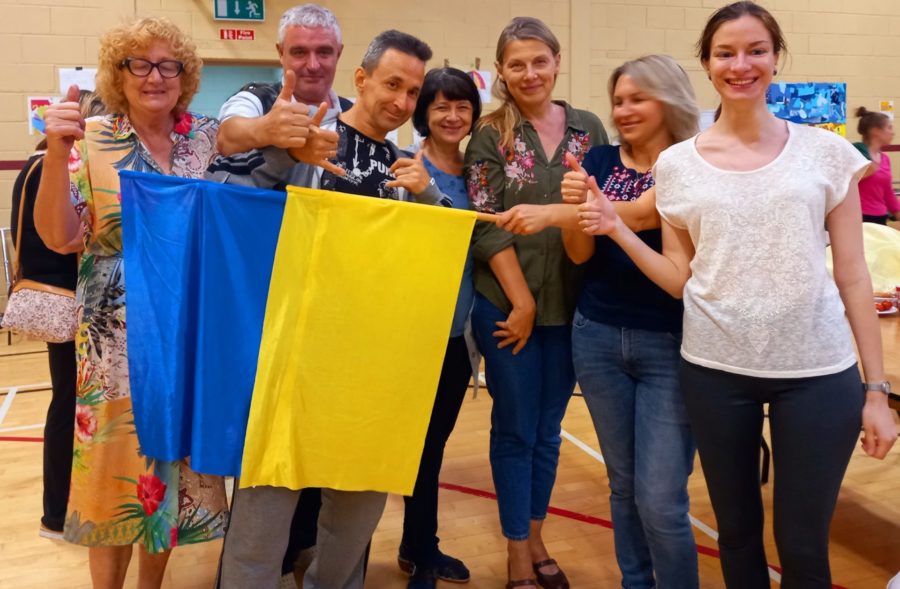 UKRAINIANS had the opportunity to feel they were back home last week as they celebrated Independence Day in Ballon with gusto.

Although it was very emotional for Ukrainian residents in Ballon Community Centre, and those who joined in from around Co Carlow, the joy of partaking in the commemoration of their annual celebration of nationhood was invaluable.

The partying, fun and fusion of Irish and Ukrainian music formed the day’s festivities.

Olha, who currently is placed in Ballon Community Hall along with 60 more who have fled Ukraine, described how they embraced the day.

“People started to congratulate each other in the early morning, but it was only the beginning. Later, children from the centre went to the Ballon Business and Training Service for the art lesson, where they created bright posters dedicated to the holiday, and after that they decorated the walls with them.

Many people from the centre went to Dublin to participate in the parade, but when they came back, they were impressed: the celebration wasn’t over, it had only just begun!”

A huge surprise party was organised for the Ukrainians in Ballon, while the community hall was decorated with children’s posters, Ukrainian flags and bouquets of the sunflowers – the national symbol of Ukraine. There were plenty of delicacies, too, including cakes, fruits, soft drinks and other goodies, which were kindly supplied by Irish volunteers and friends. There were also donations of food from local supermarkets and the Ballon chipper.

The Ukrainians played guitar and sang songs, while there was a host of lively traditional Irish music and dance on offer from Maura George and her musical friends, who taught their guests some Irish set dance moves and steps. The event concluded with the Ukrainian national anthem.

Olha said: “Every one of the Ukrainians had an opportunity to feel at home with the help of the Irish people. They are far from Ukraine, but Ukraine is in their hearts.”

Helen Ryan, manager of the Dolmen Hall guest house in Carlow town, which hosts many of the Ukrainians who have transited from Ballon, said it was an honour and a privilege to be part of the day. “The resilience and the positivity of these people is inspirational. Despite enduring so much hardship and pain, they still move forward bravely, and this was evident in their merriment when they all joined in the dancing and music just having a great time.” 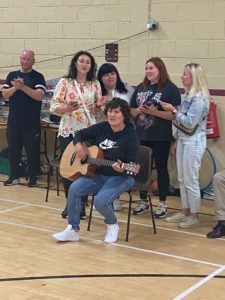 Katya leading singing on guitar with other Ukraine residents of the Dolmen Hall at the Independence Day event. The group were among the first Ukrainian refugees to arrive in Carlow 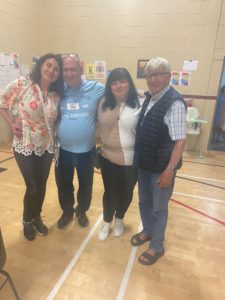 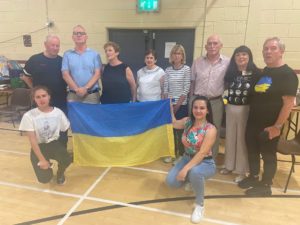