Carlow SIPTU members protest against council over outsourcing of work 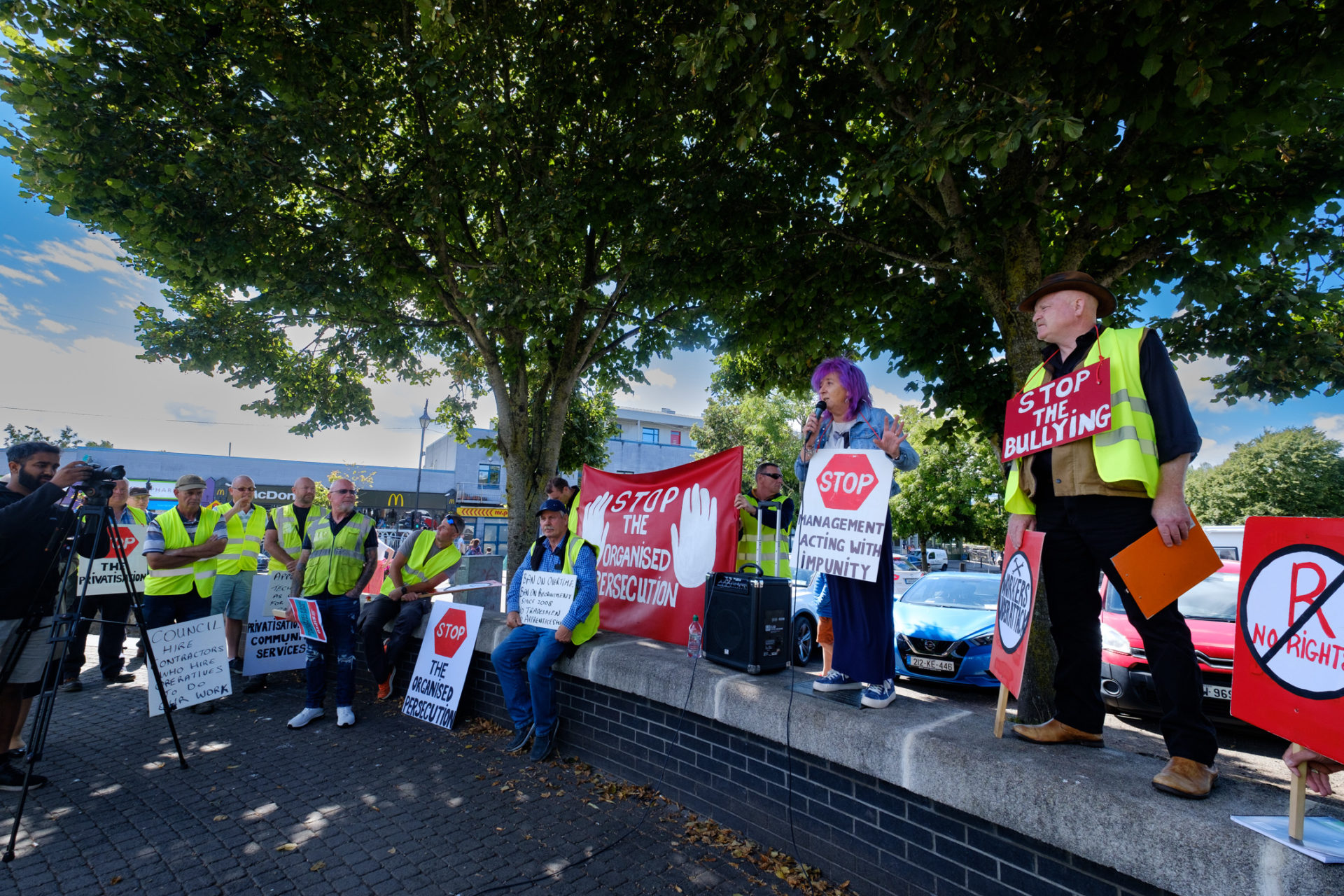 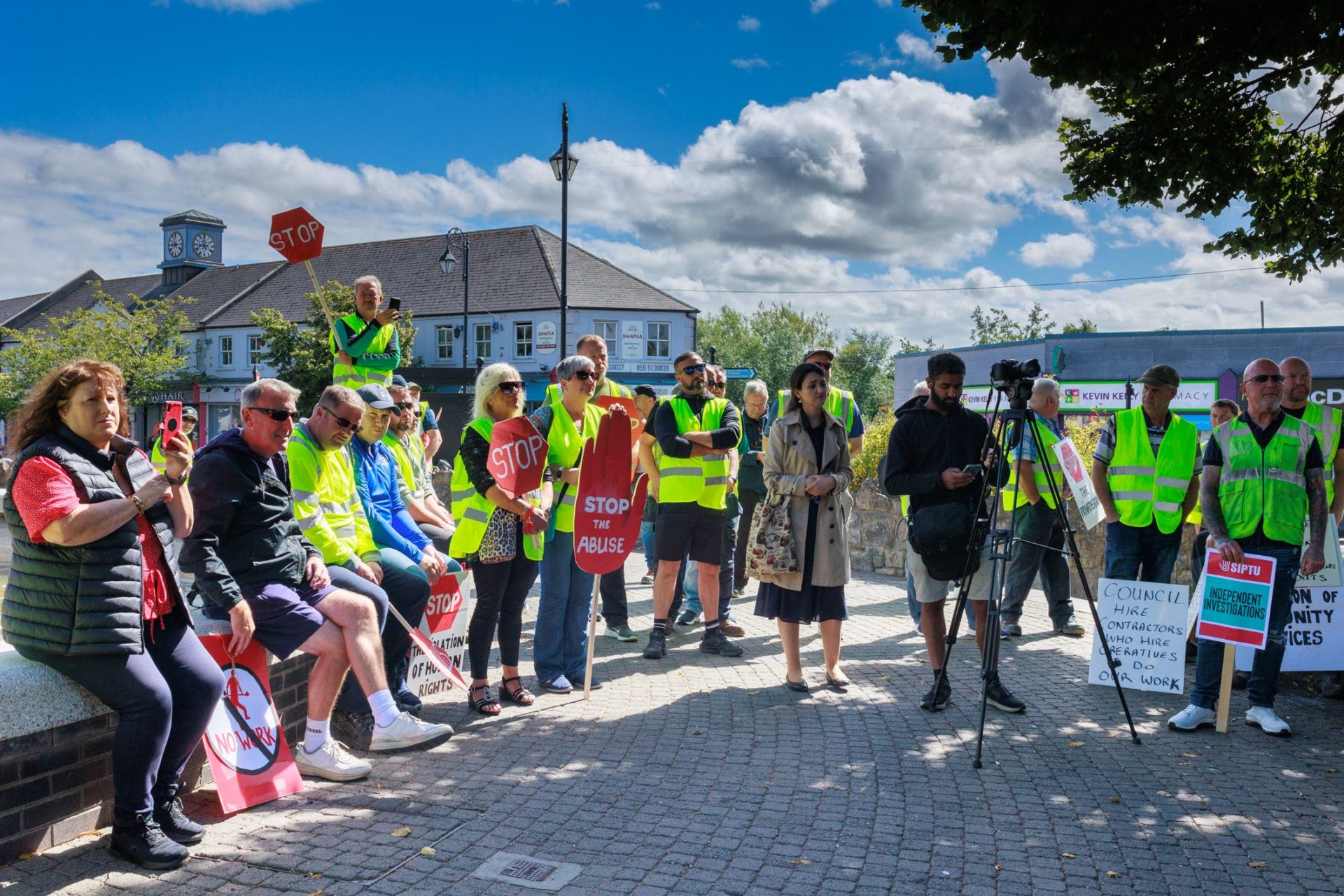 SIPTU members in Carlow County Council staged a protest recently in Potato Market, Carlow about the local authority not replacing outdoor staff and instead contracting the work to private companies.

The union is accusing the council of privatising the public service “by stealth” and of breaching employment rights.

SIPTU representative Ger Malone told ***The Nationalist*** in a statement that Carlow County Council has not hired any outdoor staff since 2008.

She said that there were 168 at that time, while now there are just 101. “That’s a loss of 67 permanent, full-time positions, with much of that work now being carried out by contractors, many of whom are being subcontracted with no rights to paid annual leave, pension or sick pay entitlements. Workers are very concerned about diminishing community services and standards,” said Ms Malone.

“This is even though the Public Sector National Agreement provides for the hiring of direct labour to the greatest degree possible and obligates the council to engage with unions to ensure that happens with agreed protocols to be complied with. Carlow County Council have not been complying with the agreement and are following a strategy of privatising the outdoor work, which poses very serious implications for workers within Carlow County Council and, indeed, the wider community. 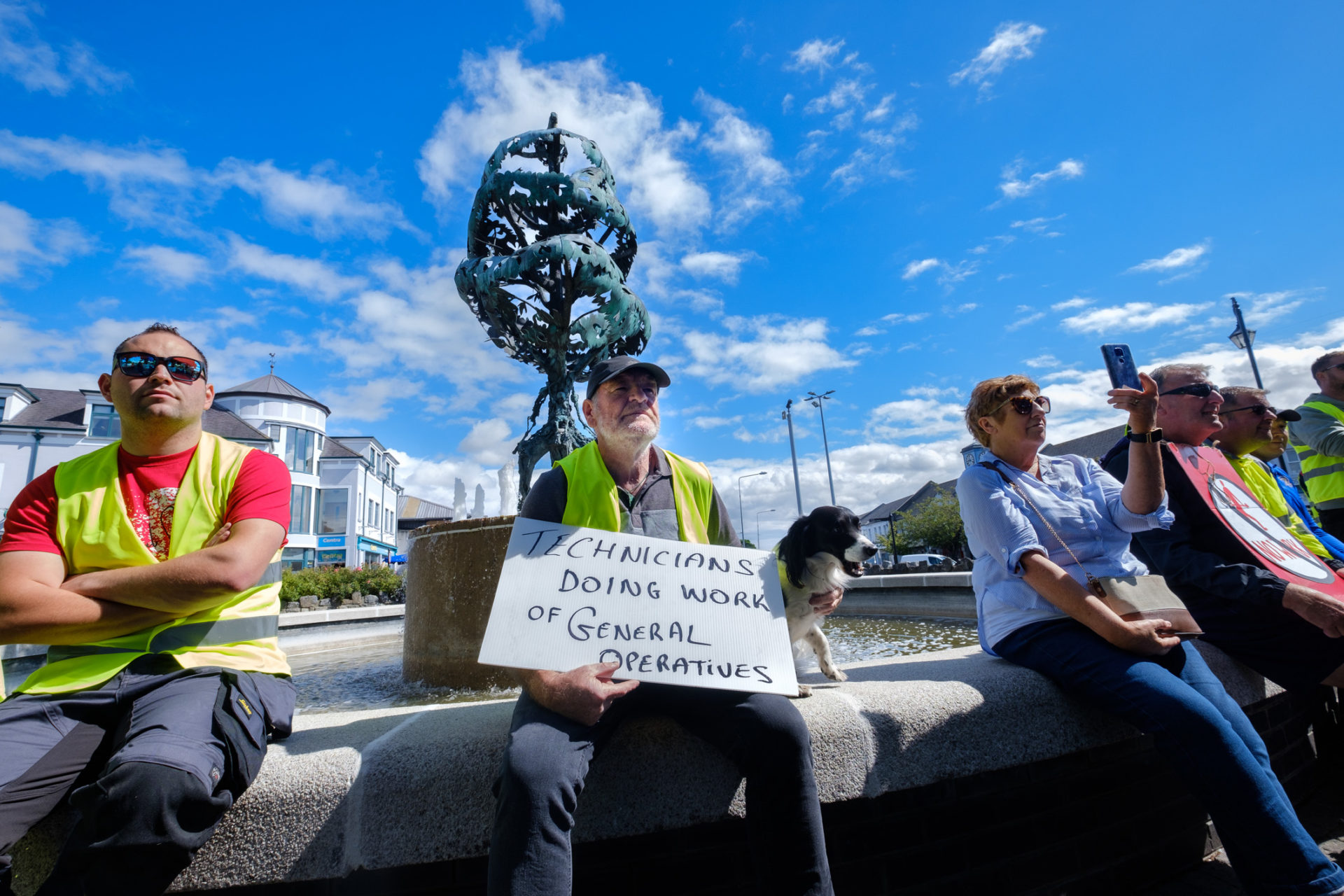 Jimmy Pender and his dog were pictured at the SIPTU public protest in the Potato Market in Carlow. Photo: michaelorourkephotography.ie

“Workers in the council see this as a race to the bottom and detrimental to Carlow community. There are approximately 20 workers over the age of 63 currently, all of whom are eligible to retire in the coming years with no replacement plans. There is no structured training or upskilling taking place. There is no replacing of workers who retire, there are no progression opportunities and no development plans of any kind for the workers. This is privatisation of public services by stealth. The workers consider that these jobs are community jobs that provide locals with a means to stay and live in the community, providing essential services to the community and contributing hugely to the local economy.”

Ms Malone said that council workers have attempted to highlight these issues in the past, but that the situation hasn’t improved. She also said that SIPTU is calling on all local councillors to investigate the situation, thereby putting pressure on council officials.

Carlow Council Council, in response to Ms Malone’s statement, said: “Over the years, the efficient delivery of services requires flexibility and agility. Models for the delivery of services change over time. For example, the collection of domestic refuse was carried out by council staff and vehicles, but the council is no longer involved in this service and all staff who worked in the service were redeployed at the time into other roles in the council.

“The council has reviewed its outdoor staffing levels and subject to budgetary approval, intends to recruit a number of additional general operatives in 2023 and a further number in 2024. SIPTU were advised that the management team would consider their request to recruit additional outdoor staff and that the decision would be advised to them, but the protest took place before the decision could be communicated to them.

“The National Agreements provide that when considering outsourcing an existing service the labour element of the cost must be disregarded and the council complies with this requirement.

“No evidence has been provided to the council that any contractors engaged by the council are not fully compliant with employment regulations.

The council is available to discuss any issues of concern with SIPTU, as always, but this does not mean both sides will agree on all issues and there are agreed mechanisms to deal with such cases, such as the Workplace Relations Commission and Labour Court, whose services are frequently availed of by SIPTU.”