Everything is missing – Thomas Tuchel frustrated as Chelsea falter 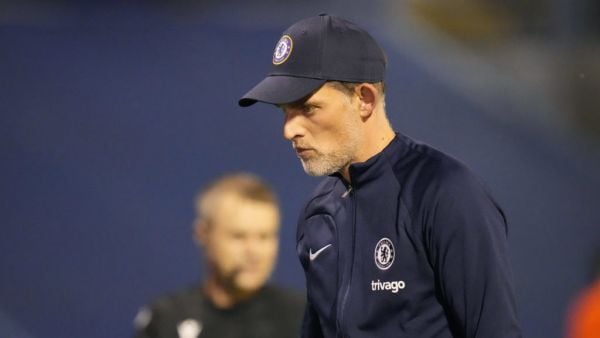 Thomas Tuchel admitted Chelsea are missing “everything” in the wake of a worrying 1-0 Champions League defeat at Dinamo Zagreb.

Blues boss Tuchel cut a frustrated figure on the touchline in Croatia, earning himself a yellow card on another tetchy night for Chelsea.

The Blues slipped to three away losses in a row for the first time under Tuchel, with the German coach fully accepting a number of mounting problems.

“Of course I’m frustrated; there’s too much to analyse, I’m a part of it, and we are clearly not where we need to be,” Tuchel told BT Sport.

“At the moment everything is missing.

“I need to find solutions for the next match, of course.”

Dinamo have never reached the Champions League knock-out stages, but still proved the stronger side against two-time winners Chelsea.

The Blues conceded early on the counter-attack and failed to find any response despite dominating possession throughout the contest.

Chelsea’s new owners spent a one-window Premier League record of £273million on transfers this summer but the Blues remain a team in transition.

Tuchel will be acutely aware time is never an elite manager’s friend however, and will immediately demand a response in Saturday’s Premier League London derby at Fulham.

Chelsea have now failed to keep a clean sheet for six matches in a row this term, leaving boss Tuchel fixated on fixing the creeping concerns.

When asked if confidence has seeped out of his squad, Tuchel replied: “It seems like this, it’s hard to argue against it.

“At half-time, we made some changes, we encouraged them, told them to play with more emotions, play tougher and to step up.

“But it’s obviously hard at the moment for us.

“This has nothing to do with a worry – it’s a reality.

“It’s underperformance from us, a bit the same story as always.

“We had an okay start, we don’t finish our half-chances, we don’t feel it when the game is already there to put to bed in the first 15-20 minutes.

“Then we concede one counter-attack, which is far too easy, and from there we struggle.”