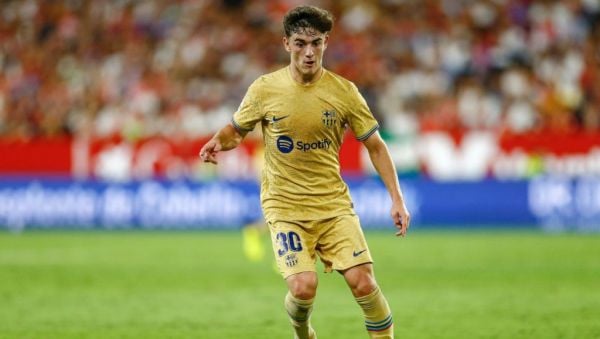 German Champions Bayern Munich have reportedly joined the race to sign Barcelona midfielder Gavi. According to the Daily Mail – via Bild – Manchester United and Liverpool are already believed to be after the 18-year-old who has become an integral part of Barca’s set up, playing 47 games across all competitions last season.

The same paper reports Leicester boss Brendan Rodgers will be paid at least £10 million in compensation if he is sacked following the club’s worst start to a season since 1983. The Foxes manager is under increasing scrutiny after his side collected only one point from their opening six games.

Elsewhere, the Evening Standard writes that Chelsea’s new owners are ready to keep spending in January after their £50million bid for Southampton’s Romeo Lavia, 18, and £40million bid for Ajax’s Edson Alvarez, 24, were both rejected. The Blues spent £273million in the summer transfer window but are still hunting a new midfielder – with Dinamo Moscow’s attacking midfielder Arsen Zakharyan, 19, reportedly in their sights.

The Daily Telegraph adds that the London club are also keen on agreeing a new deal with their 23-year-old England midfielder Mason Mount after compatriot Reece James, 22, committed his future to the club with an improved contract.

Bayern Munich have reportedly told Harry Kane not to sign a new Spurs contract – they want to sign him next summer pic.twitter.com/zFjKytvOc5

Diego Costa, expected in England today in order to undergo medical tests with Wolves. It’s the key step to decide on free transfer – as one year deal has already been agreed. 🚨🟠 #WWFC

Rafael Leao: The Liverpool Echo reports AC Milan head coach Stefan Pioli has revealed the club are set to offer the 23-year-old forward a new contract amid links with a host of clubs including Liverpool.