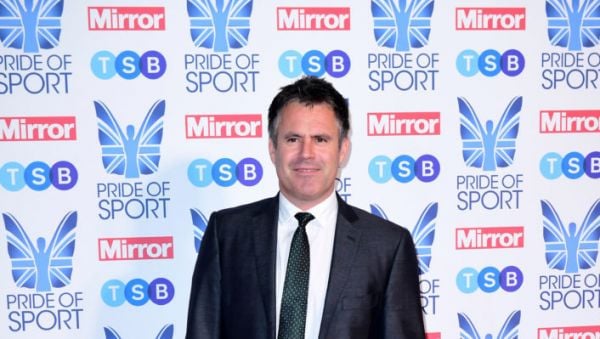 Former Scotland winger Kenny Logan has revealed he has been treated for prostate cancer.

The 50-year-old said the diagnosis had come out of the blue and he had surgery earlier this year.

Speaking to BBC Breakfast, he recalled: “I got a wellness check and sat down with the guy. He said to me: ‘Everything’s fine, your hormones are fine but your prostate is high’.

Thanks to @sallynugent for being lovely today on the @BBCBreakfast sofa I was nervous about sharing but wanted to get the message out there. I found I had prostate cancer by accident. If you have symptoms it might be too late. Guys go get tested,simple and could save your life. https://t.co/zM5hfkr1CO

“I got checked and very quickly, within three or four months, I had biopsies. There was something there but we’d just keep an eye on it.

“This year, February 7, I was diagnosed with prostate cancer which was a huge shock. I ended up deciding to take it out so I’m three months since the operation, had the prostate out and I’m probably 95 per cent back to normal.

“It was hard because when you’re told you’ve got cancer… I didn’t see it coming. No symptoms whatsoever.”