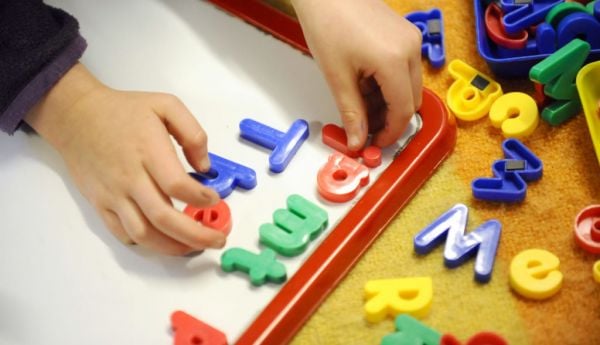 More than 70 per cent of childcare and early learning staff are set for a pay increase from September 15th.

On Wednesday, the Government confirmed that Employment Regulation Orders which will provide for new minimum hourly rates of pay for various roles in the early years sector.

A crisis in the childcare sector has seen many providers struggling to retain staff, and parents to pay childcare fees, which have been commonly compared with having a second mortgage.

A Siptu survey indicated that almost 40 per cent of workers in the early years childcare sector were actively seeking to leave the profession because of low pay.

The Employment Regulation Orders will apply to about 27,000 staff.

Early years educators/ school-age childcare practitioners will now receive €13 per hour, and lead educators and co-ordinators will receive €14 per hour.

The rate for a graduate early years lead educator and graduate school-age childcare co-ordinator will increase to €15.50 per hour.

Elaine Dunne of the Federation of Early Childhood Providers, which has more than 1,000 members, said the formal approval was “hugely welcomed” and that the change would “really help to retain staff” in the sector.

She said that the one anomaly would be the additional funding needed for the Government’s Early Childhood Care and Education (ECCE) scheme, which would help small childcare providers to pay these increased wages, particularly as energy bills soar.

Early years teacher and Siptu activist Deborah Reynolds said that it was a “historic day for our profession”.

“After years of campaigning, we finally have our first pay deal.

“Thousands of early years professionals will see a pay increase that will end poverty wages and set us on a path to professional pay and recognition.”

Some 98 per cent of the childcare sector workforce is female.

“We educate and care for tens of thousands of children every day, yet our profession has been one of the lowest paid jobs in Ireland,” Ms Reynolds said.

“Up to now a majority of early years educators have earned below the living wage of €12.90.”

The pay agreement is part of the Government’s €221 million Core Funding Scheme, announced as part of Budget 2022, and will be the first ever minimum rates of pay for roles in the early learning and childcare sector.

The order will see increases in funding to early learning and childcare services to support improvements in staff wages, alongside a commitment to freeze parental fees.

Minister of State for Employment Damien English said: “I am very pleased to approve these Employment Regulation Orders which will commence on the 15th of September 2022.

“The proposals submitted to me will apply to some 27,000 staff and are a welcome acknowledgement of the importance of the work carried out by everyone working in the early learning and childcare sector”.