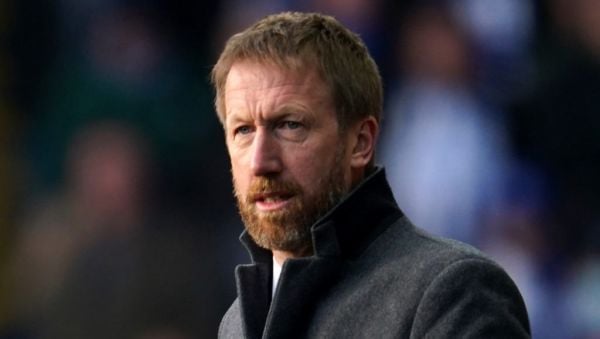 The 47-year-old will continue talks with Chelsea’s new owners, but is now expected to leave Brighton for their Premier League rivals.

New Chelsea owners Todd Boehly and Behdad Eghbali are understood to have met a release fee in Potter’s Amex Stadium contract, with Brighton allowing the Blues to talk to their manager.

Potter should now become the first managerial appointment of Chelsea’s new era, with the ambitious US owners determined to install a manager at the Stamford Bridge helm for the long-term.

The Solihull-born coach is expected to have his Chelsea deal finalised in time for him to take charge of Saturday’s Premier League trip to Fulham.

Chelsea are understood to have made initial contact with Mauricio Pochettino and Sporting Lisbon boss Ruben Amorim, as well as considering Zinedine Zidane and even Leicester’s Brendan Rodgers.

But Potter has always been considered the top target of the club’s new board.

Tuchel was sacked by Chelsea on Wednesday morning, amid mounting discord with the new board and growing issues with the Stamford Bridge players.

But the charismatic German coach paid the price for disharmony with the Blues’ new owners, who were left feeling unable to see Tuchel at the centre of their west London revamp.

Potter is understood to have asked for assurances about the new Chelsea owners’ plans to fashion a set-up for managers to make long-term plans that they then actually also carry out.

The former Swansea boss was impressed with what he heard in face-to-face meetings with Boehly and Eghbali on Wednesday afternoon, paving the way for a deal to be wrapped up quickly.