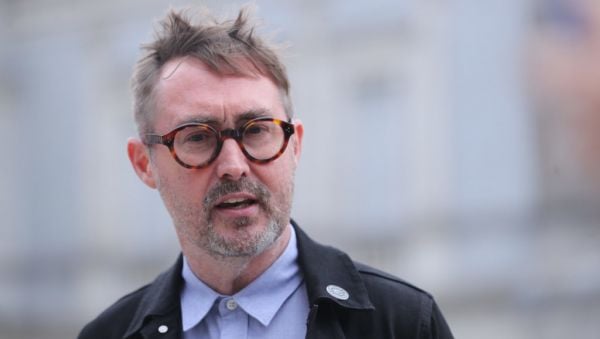 Sinn Féin would build 100,000 public homes if the party was in Government, housing spokesperson Eoin Ó Broin has said.

On the Pat Kenny show on Newstalk, Mr Ó Broin explained that in Sinn Féin’s alternative budget the party would put €6.5 billion into the construction of 100,000 public homes over five years in government.

He said the current system for public housing includes only 30 per cent of construction costs, and claimed Sinn Féin would not change the system, just expand it.

At present approved housing bodies borrow money from the housing finance agency, the European Investment Bank, or banks elsewhere, he explained. Bureaucracy was the real problem and could often add two years to a project between planning and construction.

Mr Ó Broin said that under the Sinn Féin proposal, public homes would still be built by private building contractors, but he was confident that the resources existed to ramp up production.

“There is a capacity in the private sector to build more residential homes if the Government gets its act together and makes it easier for those building contractors to get into the public works contracts.”

Included in the Sinn Féin proposal for 20,000 homes per year is the renovation of 4,000 derelict structures, which would be quicker and cheaper to acquire, refurbish and get back on the market, he said.

Ireland was not the only country with a housing crisis, he added. Almost every major city in the “overdeveloped” world was in a housing crisis. However, countries like Germany, Austria and Singapore were less prone to the peaks and troughs experienced in Ireland, in those countries over 30 per cent of housing was “non-market, social and affordable.”

On the issue of homelessness Mr Ó Broin said that Dublin should look to the example of Helsinki where the Finnish government took the decision to end long-term homelessness and the need to sleep rough.

“The speed with which the [Finnish] government manages to secure housing is phenomenal compared to here.”

There were “moments” in Ireland’s past where the Government had got it right, he acknowledged. Marino in north Dublin had “some of the best quality housing in the city.”