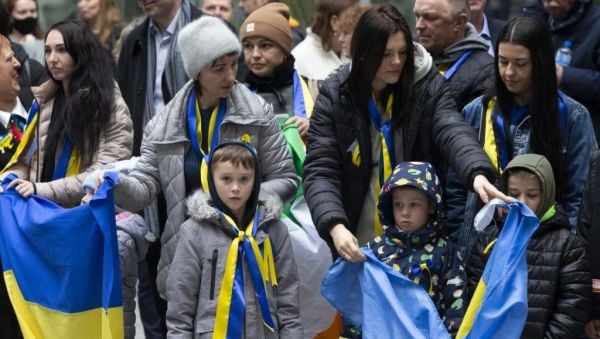 The head of office at the UN refugee agency in Ireland, Enda O’Neill has called on the Government to “get ahead of the challenge” and to speed up the implementation of the White Paper on refugees.

Such a move was necessary to restore confidence in the system, Mr O’Neill told RTÉ radio’s Morning Ireland.

There was an urgent need to invest in the system as the arrival of large numbers of Ukrainians had put pressure on the system this year, he added.

But the International Protection system had actually seen only 8,500 arriving. That was a “manageable number” which meant that now was the time to put in the investment and the planning to meet those needs.

Mr O’Neill was responding to reports that a number of asylum seekers who arrived in Ireland recently were forced to sleep rough as there was no accommodation for them.

“It’s very concerning, it’s hard to listen to accounts and not feel great sympathy for those people – they’ve turned up to a country where they have no connections and usually no resources and they’ve no choice but to try and find some kind of shelter on the streets. It’s a very difficult situation.”

While the news that places would be available from Thursday at the Abbotstown campus was welcome, it was just another reprieve, he said.

“We saw this in July as well where we had run out of accommodation, the real concern here is that this is a pattern that’s going to continue to be repeated.

Mr O’Neill said that the timeline for the six planned reception centres was very uncertain. “The White Paper published in February last year set that plan out, but the plan is currently under review.

“We really need to see urgency and ambition from the Government in the implementation of that plan because it’s needed now more than ever.”

It was time that Ireland “grasped the reality” and established permanent systems capable of meeting the needs of people that arrive in the country. Calls for a cap on the number of refugees and claims that “Ireland is full” were wrong, he said.

The reality was that Ireland was well situated to respond in comparison with some other European countries. Mr O’Neill pointed out that Lebanon, which is the size of Leinster, was hosting one million refugees from Syria.

“There’s very little electricity, employees of the government are finding it hard to go to work as they can’t afford fuel so if a country like that can continue to host large amounts of refugees how can Ireland say that we can’t.

“Calls saying Ireland is full up is a difficult position to understand – we have one of the lowest population densities in Europe, we have lots of space, we’ve lots of land. What we don’t have is a well resourced plan to meet the needs of the quite modest numbers of refugees that are coming here.”