Murphy’s Craft Butchers from Tullow claim world titles in US 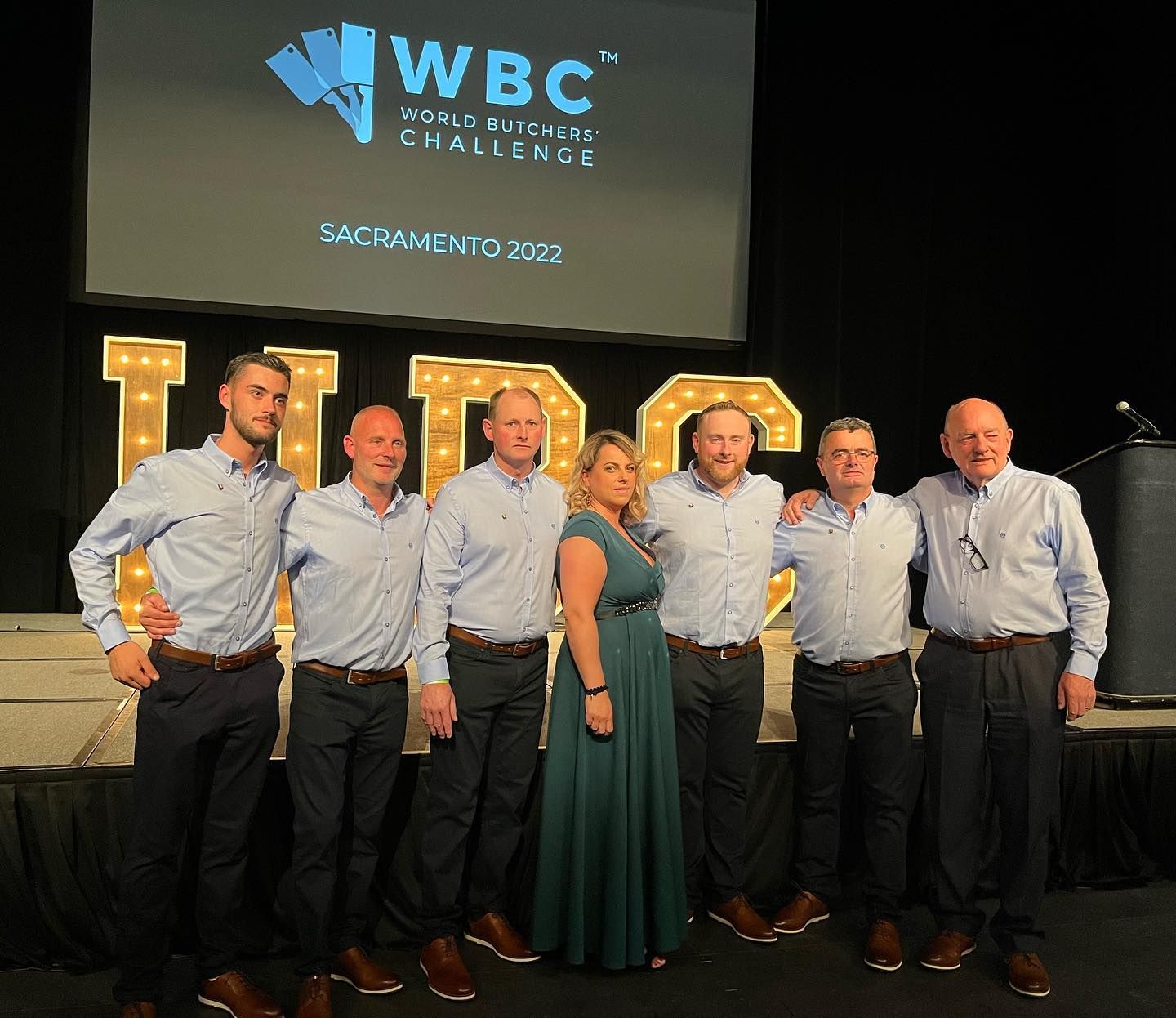 AND it’s official. Murphy’s Craft Butchers in Tullow makes the best sausage in the world.

Master butcher Jim Murphy and his wife Bernadette were on a team of craft butchers representing Ireland at the World Butchers’ Challenge in Sacramento, California last week.

The team had spent all year honing their butchery skills in Jim’s shop in Tullow and their hard work paid off, with Murphy’s Craft Butchers scooping the title of best sausage in the world, while team member Paul Hamilton was awarded best breaker/boner in the world.

For Jim, the World Butchers’ Challenge, dubbed the Olympics of butchery, presented an opportunity of a lifetime and a chance to show off their well-honed knife skills.

He and Bernadette were thrilled to pick up such a prestigious award for their homemade sausages.

“The sausage mix is our old family recipe from 1934 and the team perfected the recipe during the course of our training in preparation for the competition,” Jim told The Nationalist, speaking from Sacramento. “We will be making the sausages in our shops once we all get back from Sacramento. It was my job in the competition to make the sausages and make sure they were perfect, so winning the award shows we got things 100% right.”

Jim comes from a long line of butchers and is the son of well-known Tullow man Laz Murphy. Jim started in the trade when he was 14 years old and took over the business when Laz retired. The business was set up by Jim’s great-grandfather back in 1909, making Jim a fourth-generation butcher.

Taking part in the World Butchers’ Challenge on 3 September, the team, captained by Jim, had to bone, cut and present meat honed from several animals in three hours and 15 minutes. That involved the mammoth task of butchering a side of beef, a side of pork, a full lamb and five chickens within that specific timeframe. While Bernadette doesn’t wield a butcher’s knife herself, it’s her job to present the meat as best as possible and to garnish the finished products.

Sacramento was a truly memorable and special trip for Jim and Bernadette. “Representing our families, our towns, our counties and Ireland was the highest honour in Sacramento. It was a family event with the big butcher family worldwide meeting up to celebrate our craft and skills,” said a very proud Jim.

“Sacramento was very hot with temperatures 40c, but we were all treated so well by the host city and organisers of the event. Everyone loves the Irish and we were welcomed by so many helpful people throughout our stay. It’s an experience we will cherish for life and I am so proud of all the team, especially my wife Bernadette, the management and sponsors.”