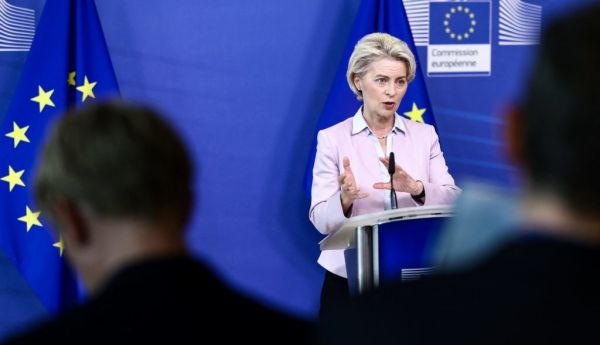 An Irish MEP expects the European Commission President will reveal some detail of steps to tackle the energy crisis next week.

Ursula von der Leyen will be delivering the State of the Union address in Strasbourg, after energy ministers held a summit in Brussels yesterday.

The European Commission’s been told to come up with measures, in a few days, to help consumers during the winter.

Dublin MEP Frances Fitzgerald says nothing has been agreed yet on what steps to take: “Some people will be disappointed that they didn’t actually agree on the plan there.”

“They did task the Commission to come up with that plan. It is all about giving support to families and businesses across the EU.”

She is “confident” that there will be measures right across the EU but she said there is conflict around the finer details about the strategy.

It comes as yesterday, the energy ministers of the EU’s 27 nations could not paper over differences on whether and how to impose a price cap on Russian natural gas, with ever-recalcitrant Hungary refusing to agree, saying it would go against its supply interests.

Other countries differed on whether a price cap should apply only to Russia or to other producers too.

An immediate solution had not been anticipated at Friday’s meeting, but it indicated how Moscow’s gas restrictions and threat of a full cut-off have dominated the political agenda of a rich bloc of nations struggling to ensure basic services such as heat and light.

“Russia has used its gas supplies as a weapon to foster an energy crisis next winter but also to weaken our economies and divide – politically – the European Union,” EU energy commissioner Kadri Simson said.

“We have to ensure that their efforts will fail.”

He hoped to overcome other differing views on proposals to bring natural gas and electricity prices back to affordability.

The measures range from windfall levies on oil and gas companies whose profits have risen along with skyrocketing prices to boosting cash for companies to keep operating as they struggle with volatile energy markets.