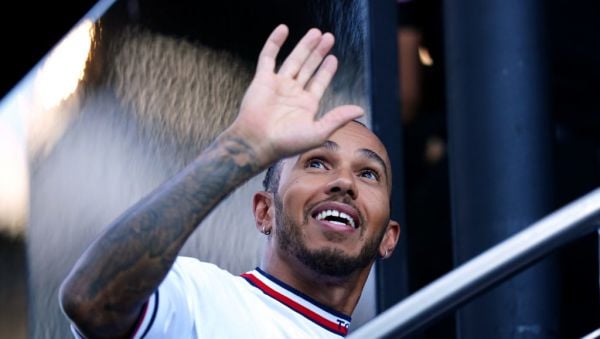 Lewis Hamilton fears overtaking at Sunday’s Italian Grand Prix could be so difficult he might be better off watching Game of Thrones on an iPad inside his Mercedes cockpit.

Hamilton qualified fifth at Monza, 1.3 seconds behind pole-sitter Charles Leclerc, but he is set to start in 19th place after taking on his fourth power unit of the campaign – one more than he is allowed.

Overtaking is possible at the so-called Temple of Speed, but Hamilton fears a DRS train – formed when a line of cars get stuck behind one another as they use their own energy boosts – will thwart his progress through the pack.

“I was behind Valtteri Bottas in practice and I couldn’t catch him or pass him,” said Hamilton. “So I hope I don’t get stuck tomorrow.

“But I imagine I will be in a DRS train, and we will just be sitting there and hoping for chances through strategy and tyre degradation from other drivers.”

Hamilton added with a smile: “I was thinking of taking my iPad with me in the race and, when I am in a DRS line, I will just watch the new Game of Thrones.”

Hamilton’s yellow 44 on the side of his Mercedes has been turned to black in honour of the Queen, with a plethora of tributes being paid up and down the paddock to the long-serving monarch.

Both Lewis and George will be running black numbers on their cars this weekend as a mark of respect to Queen Elizabeth II pic.twitter.com/b9WIN1n1cA

Hamilton will join the grid in a one-minute silence in the moments before Sunday’s race.

“It was an unusual experience and I didn’t know how I would feel,” said Hamilton as he reflected on the Queen’s death.

“All of us have grown up with the Royal Family, watching closely, and I remember as a kid I adored Princess Diana and (her death) affected me a lot.

“We won’t have a Queen now in our lifetime and what does that now mean for the monarchy?

“I hope there is a bright future and there are lots of positive changes that the Royal Family and government can make.”