Man (20s) killed and another seriously injured after Clare crash 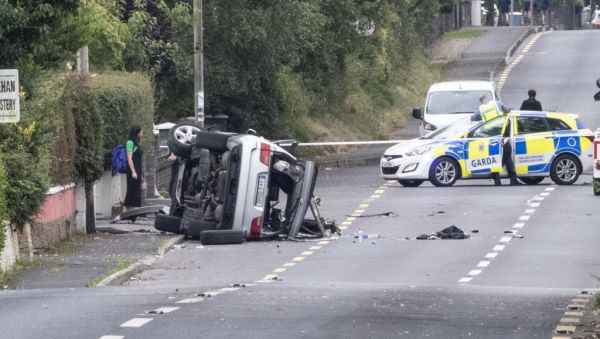 A man in his 20s has died, and another young man is in a serious condition following a crash in Parteen in County Clare.

The alarm was raised shortly after 10pm, and paramedics discovered a man with critical injuries.

He was pronounced dead at the scene and his remains have been removed to the morgue at University Hospital Limerick.

A second man from the same car, who is in his late teens, suffered serious injuries and was rushed to the same hospital for treatment.

Garda technical investigators are carrying out an examination of the scene this morning and diversions remain in place.