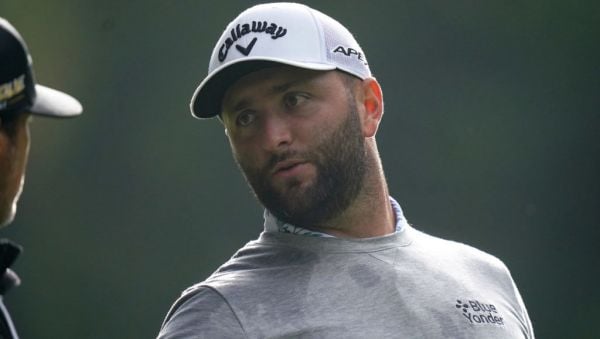 Spain’s Jon Rahm faced an anxious wait to see if his stunning final round of 62 was enough to win the BMW PGA Championship at Wentworth.

Rahm started the day six shots off the lead, but carded two eagles and seven birdies to overhaul early clubhouse leader Patrick Reed and set a testing target of 16 under par.

The former US Open champion covered the back nine in just 29 shots despite a bogey on the 15th, finishing in style with an eagle from 20 feet on the 18th.

Five birdies and two eagles in @JonRahmpga‘s back nine!🤯

“I hope it’s enough, I doubt it will be enough to win it outright,” Rahm said. “The next few hours are going to be a bit stressful.

“I was trying to go as low as possible and after playing the first seven holes in one under I thought I was behind the pace. After that it was a period of not blackout golf, but the sort of flow I wish I could get into every round.”

Reed had earlier looked like striking a notable blow in the battle between LIV Golf and the established tours as a closing 63 took him to 14 under.

The former Masters champion is one of 18 members of the Saudi-backed breakaway circuit to have started the DP World Tour’s flagship event, something Rory McIlroy said he found “hard to stomach”.

“I definitely felt welcome,” Reed insisted. “The guys were very respectful, very nice to me. They were the same as when I come over and play year-in and year-out every time.

“For me as a player and as an honorary lifetime member, I definitely will come back and play. I always want to play at least the minimum and continue to hold my card.