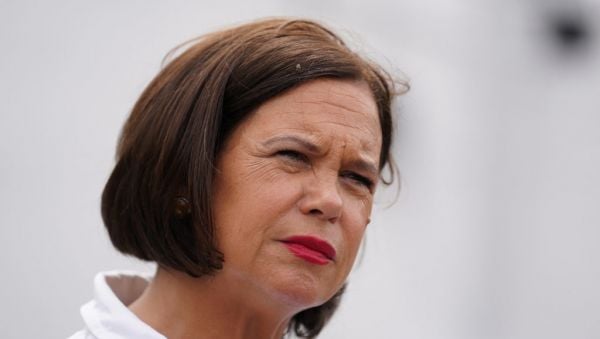 Sinn Féin stayed away from Sunday’s accession proclamation ceremony in Northern Ireland but said it will attend other official events during the period of mourning for the Queen.

While leaders of several other political parties in the North were at Hillsborough Castle for the proclamation of the King’s accession, Sinn Féin vice president Michelle O’Neill and other senior party figures were at a rally in Belfast for victims of the Troubles.

The ‘Time for Truth’ rally was organised to demonstrate opposition to the UK Government’s controversial plans to deal with the legacy of the conflict in Northern Ireland.

Sinn Féin president Mary Lou McDonald said the party did not attend the accession proclamation because it was “intended for those whose political allegiance is to the British Crown”.

But she said party figures would be attending other events in the days to come.

On Monday, Ms O’Neill is set to address a special sitting of the Stormont Assembly called to mark the death of the Queen.

Ms O’Neill and other senior colleagues are also expected to be involved in events attended by the King on his visit to Northern Ireland on Tuesday.

The party’s vice president also signed a book of condolences for the Queen at Belfast City Hall on Friday.

“Sinn Féin once again extends our condolences on the death of Queen Elizabeth, whose loss is felt deeply by her family, and many people across our society, particularly within the unionist community,” said Ms McDonald.

“We acknowledge the very positive role the Queen played in advancing peace and reconciliation between our two islands, and the two traditions on our island, during the years of the peace process.

“In recognition of this, Sinn Féin will attend a number of events during the 10 days of mourning.

“The accession proclamation ceremonies are intended for those whose political allegiance is to the British Crown.

“Sinn Féin will not be in attendance at these events.”