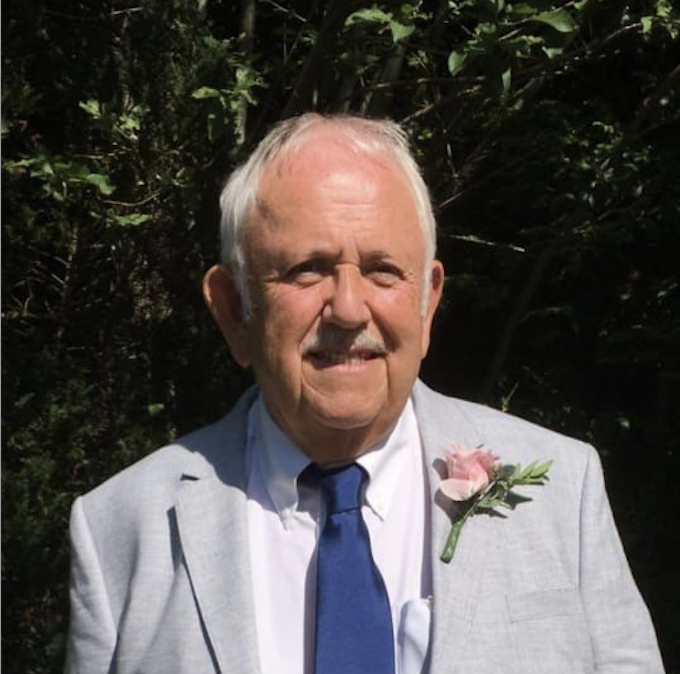 STEPHEN (Stevie) Harding, a native Carlovian, passed away quietly at home in Kingswood, Dublin 24 on the morning of Tuesday 9 August after a long journey with cancer.

Stevie’s life always had lots of people in it. With his five brothers – Dennis, Seán, Brian, Gerard and Brendan and three sisters Katherine, Patricia and Mary Claire, he was son to Patsy (née Quinn) and Johnny. The Hardings of Tullow Street were well known around Carlow town.

In Carlow, Stevie fished and swam in the Barrow as a child, learned to play the guitar and found his grá for football. He followed Tottenham Hotspur (Spurs) his whole life – where he recognised that great joys in football are far less frequent than disappointment. One of his claims to fame was getting to meet all of the Spurs players in the dressing room just minutes after the team had been relegated in 1975. And while all of the players were crying, Stevie was there sheepishly wondering should he really be asking for autographs.

Stevie had a number of diverse careers and re-entered higher education later in life. During these mature student days, he acquired a diploma in addiction studies (TCD), H Dip in health services admin and an MSc in drug and alcohol policy (TCD).

He worked in the Health Services for 38 years and for almost half of that time was assigned to the addiction services in various capacities, including drug team co-ordinator; exchange programme co-ordinator of drugs workers from Dublin, Normandy and East Sussex; and adviser for the Department of Health and Children on a three-year drugs awareness campaign.

In Trinity College, and later honed in Maynooth University, his specialty was facilitating and lecturing large groups of adult students. He was sometimes so focused on students that it was wondered at his passing who actually wrote essays on occasion.

At his funeral, his family expressed the realisation that they could have no idea how many people Stevie had helped, supported and influenced positively through his career and personal life.

While his academic achievements were impressive, Stevie’s great joy was his family and he is sadly missed and remembered with love by his beloved wife Alice, devoted daughters Aoife and Ailish and sons Brian and James, his grandchildren Lee, Chloe, Holly, Sophie, Mia and Sienna, daughters-in-law Holly and Susan and sons-in-law Darren and Kevin.

A splendid tribute to Stevie was delivered during his requiem Mass in St Killian’s Church,  Kingswood on Thursday 11 August and spoken by his sons James and Brian.

At his graveside at Newlands Cross Cemetery, on one of the hottest days of the year, local musicians played some of his favourite rock songs as the congregation sang along to The boys are back in town.

Noting his somewhat inappropriate humour, the eulogy observed that if Stevie Harding “was here right now, he would probably be beside one of you making an inappropriate joke that would belie the seriousness of the situation that we find ourselves in”.

The eulogy continued: “Over the past four years, Dad has been dealing with illness with dignity and fortitude. While being inspirational in how he has dealt with this moment of his life, to those that knew him, he was already a very inspirational person. He is still very loved and all of us here will treasure our memories together.”

Within the eulogy, the Harding family thanked “the staff and carers at the Beacon Hospital, the staff at Dr Hugh Durkin’s, the local chemist, the HSE Primary Care Team in Kilnamanagh and the kindness of the Harold’s Cross Hospice staff and care assistants, alongside our family, neighbours and friends, who kept a watchful eye over Stevie and all of the family over the past days and months”.

The eulogy from James and Brian concluded: “To Stevie, we also say thank you – a life well lived, a life of love, kindness, laughter and happiness. You finished up with Spurs top of the Premier League. You were always top of our league. We will never forget you.”