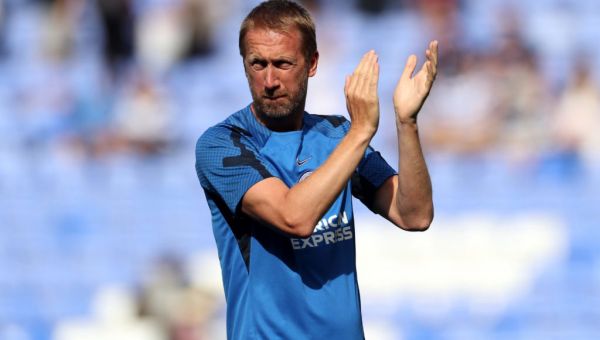 He signed a five-year deal at Stamford Bridge and admitted the new owners, led by chairman Todd Boehly, showed him it was the right move.

“It’s the start of a really exciting period, I think,” he told the club’s official site.

“New ownership, who I was really, really excited with and impressed by, firstly as people and then their vision for the club and what they wanted to do.

“Of course, the history of the club speaks for itself, but it’s about trying to create that again in our own way.”

Potter joins with Chelsea sixth in the Premier League and his first game will be Wednesday’s Champions League visit of RB Salzburg after Saturday’s trip to Fulham was postponed following the Queen’s death.

“You can create a team where the players enjoy playing, which can transmit to the supporters. Ultimately the most important connection at a club is between the team and supporters,” he said.

“We like to play in an attacking way, a balanced way, and players have to feel free to make decisions and express themselves.

“It’s about winning, creating a team which competes, is honest and works together, it’s a combination between football and human values.

“From that come to some common ground and build relationships, communicate on a daily basis, build respect, trust and honesty, my starting point must always be the person first.”